Scientists have found a gene that will allow rice to survive longer in rice paddies that are under water. Plants under water for longer than a week receive so little oxygen they die. The scientists hope their discovery will mean the crops will last longer in regions that are regularly flooded. Rice growers in parts of Asia lose an estimated $US one billion annually to floods. They hope a new, stronger type of rice will reduce the financial damage that occurs in typhoon and monsoon seasons. They also hope they will get bumper harvests. This is good news for the millions of people who suffer from food shortages because of heavy rains. Rice production must increase by 30 per cent over the next 20 years for a billion people to receive their staple diet. 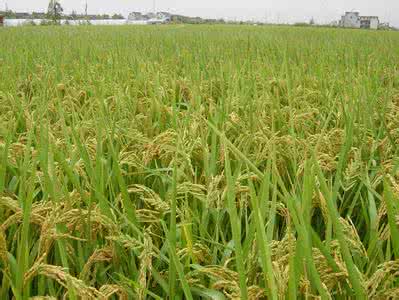 The research is from teams from the University of California and the International Rice Research Institute. Their findings have been published in the science journal Nature. Dr David Mackill, one of the researchers, said scientists had been trying for 50 years to develop a breed of rice that can live under water. He explained that: “Attempts to breed underwater tolerance into commercially profitable rice failed to generate successful varieties." Another team member, Dr Pamela Ronald, said she hoped that the research would lead to new rice varieties that would mean a better food supply for poor farmers and their families. The discovery is sure to add to the debate on the need for genetically modified rice.