A new report suggests that jogging could be bad for your health, especially if you do it alone. A team of researchers from Harvard University has said that going for a run on your own is not as healthy as people believe. Their research showed that jogging as part of a group is healthier. The experiments they did on rats showed that running alone raises stress levels and slows down brain cell growth. Professor Elizabeth Gould, the research leader, said: “These results suggest that, with no social interaction, a normally positive experience can have a negative influence on the brain.” 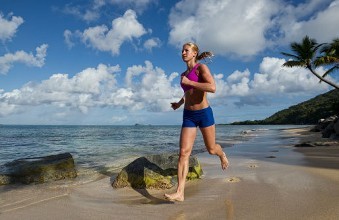 The researchers monitored two groups of rats on exercise wheels. One group exercised alone, the other group were part of a rodent jogging team. After two weeks, the scientists did tests to measure the new brain cell growth in all of the rats. The results showed that the team joggers had double the amount of new brain cells as the solo runners. Professor Gould concluded that: “In a group setting, running stimulates brain cell growth. However, when running…in social isolation, these positive effects decrease.” Human joggers should remember that running is healthier than the rat race.