JUDY WOODRUFF: And now for more on the special counsel's investigation into the president for possible obstruction of justice, we are joined by Carrie Johnson. She's the justice correspondent for NPR.

Carrie, welcome back to the program.

JUDY WOODRUFF: First of all, define for us, what is obstruction of justice?

CARRIE JOHNSON: There's a bunch of obstruction of justice statutes on the books, Judy, but, in plain language, it means trying to interfere with or impede an official proceeding, something like a grand jury investigation, a congressional investigation.

And prosecutors would have to prove some kind of bad intent by the person involved.

JUDY WOODRUFF: And so tell us what you have been able to learn about how the special counsel is looking into this. And, by the way, we know it's been reported that they're also looking into potential financial misdeeds.

CARRIE JOHNSON: Yes, the special counsel investigation appears to be running on three tracks now, one probing any Russian interference in the election, two, probing any financial misdealings in connection with that interference by associates of the Trump campaign and Russians, and, three, probing obstruction of justice by the president himself in the firing of James Comey, the FBI director he ousted last month because, he later said, to take some pressure off the Russia thing.

JUDY WOODRUFF: So, this is clearly, Carrie, an expansion of what it was originally said the special counsel's mission was here.

CARRIE JOHNSON: I think it's another layer.

We knew at the time that the deputy attorney general, Rod Rosenstein, appointed Bob Mueller special counsel that his mandate included crimes that arose or may have arisen in connection with the investigation. Of course, obstruction of justice may have arisen in connection with this investigation in the president and his leaning on Comey allegedly to go light on Michael Flynn, the national security adviser.

JUDY WOODRUFF: We have also been hearing in the last few days, Carrie, about some of the professionals that the special counsel, Bob Mueller, has hired, brought on board for his team. Tell us about them.

CARRIE JOHNSON: It's a breathtaking array of prosecutorial talent, Judy, from a man who had experience prosecuting the Watergate scandal, a former FBI agent, Andrew Weissmann, who led the Justice Department's fraud and money-laundering section, Jeannie Rhee, who had been a top lawyer in the Obama administration's DOJ, finally, Michael Dreeben, the deputy solicitor general, the man many lawyers in Justice think is the most respected guy in the whole department. 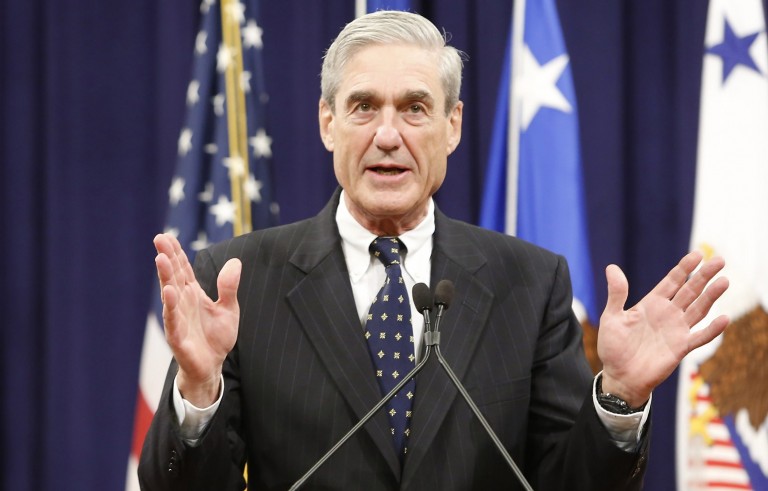 JUDY WOODRUFF: So, what does that tell you about what Mr. Mueller and they will be — and his team will be looking for?

CARRIE JOHNSON: Well, it signals that special counsel Mueller knows there are a number of thorny legal issues involved here, everything from financial dealings and tracking the money, to complicated questions of executive privilege with respect to the president, his aides, and conversations he might have had with people outside the government as well.

And Michael Dreeben, the deputy solicitor general, is well-known for making criminal convictions stick in appeals courts. So they're settling in for the long haul here.

JUDY WOODRUFF: Is it your understanding, from what you have been able to learn, that Mr. Mueller is now finished, that the team is done, or that he's continuing to hire, bring people on?

CARRIE JOHNSON: They have not given us a formal update. He's not yet submitted a formal budget to the Justice Department. And I'm hearing from sources in and outside the government that more people are clamoring to join this team.

They view it as a major public service. And working with Bob Mueller, who had been the FBI director for 12 years, with his reputation for integrity, is something that a lot of people inside the government want to do still.

JUDY WOODRUFF: And, finally, what are you hearing about how long this could go on? How long is it going to take?

CARRIE JOHNSON: There is no prediction at this point.

Of course, all these investigators could dig and dig and dig and find nothing. At the end of that time, they may want to do a report that becomes public, or they may find something they want to charge with a grand jury. And it's unpredictable right now who they might charge, if anyone, and whether that person might want to fight it out in court for months or years to come.

Finally, Judy, with respect to the president himself, no evidence yet he will face any charges whatsoever, but there is a complicated legal question of whether you can actually indict a sitting president of the United States or turn that evidence over to Congress for possible impeachment.

JUDY WOODRUFF: A complicated legal question. And we can assume some folks are looking into that.

CARRIE JOHNSON: I think a lot of folks are looking into that. It arose during Watergate, of course, and was never fully answered. We may yet get an answer in this investigation before it's over.

JUDY WOODRUFF: Carrie Johnson of NPR, we thank you.