Scientists have discovered new things about the atmosphere and environment on Mars. They found a "toxic cocktail" of chemicals that would easily kill any living organism. The chemicals have been found on the surface of the Red Planet. The scientists, from Edinburgh University in the UK, say the discovery of the chemicals means the chance of finding life on Mars has fallen. The scientists are astrobiologists – they study the atmosphere and environments in the universe that might support life. The researchers said Mars had no ozone layer, which means there are high levels of ultra-violet (UV) radiation. The mix of UV radiation and the chemicals sterilized the Martian landscape. 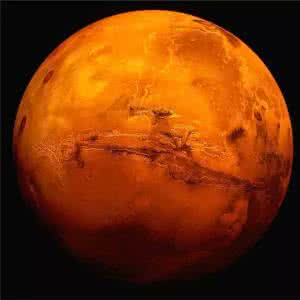 The scientists tested what happens when the chemicals found on Mars mix with UV radiation. They found it killed organisms very quickly. The chemicals alone were enough to kill living organisms. However, when the chemicals were mixed with UV rays, the mix killed organisms 11 times faster. The scientists said: "Our observations show that the surface of present-day Mars is highly harmful to cells, caused by a toxic cocktail of [chemicals] and UV radiation." They added that their research was further evidence that the surface of Mars is deadly to any form of plant life. They say the chemicals and UV rays make, "much of the surface and near-surface regions uninhabitable".