JUDY WOODRUFF: At the White House, it is Made in America Week, an effort to highlight President Trump's goal of boosting U.S. manufacturing and job creation.

However, it has again sparked questions over Mr. Trump and his family's businesses, particularly where their products are manufactured.

John Yang has the story.

JOHN YANG: Today, the White House South Lawn was turned into a showcase for products made in each of the 50 states.

But not on display, merchandise sold by the Trump Organization or Ivanka Trump's fashion line. Most of those things are made overseas.

Here to talk about how Ivanka Trump's clothing is made is Matea Gold of The Washington Post. She's part of a team of reporters that investigated the Ivanka Trump brand's manufacturing practices.

Matea, thanks for joining us.

In your story, you said that the Ivanka Trump fashion line had retail sales of about $100 million last year. What does she make, and where does she make them?

MATEA GOLD, The Washington Post: The Ivanka Trump brand, which the first daughter still owns, but doesn't control on a day-to-day management, makes clothes, handbags, shoes in an array of overseas factories, we found, exclusively in foreign factories.

We traced her current line of products to five specific countries, Bangladesh, China, India, Indonesia, and Vietnam. There's also customs records that show that, back in 2013, some of her shoes were made in Ethiopia.

And the brand told us that, while they would like to bring manufacturing back to the United States, they don't feel like it's really possible to do in a large-scale fashion.

MATEA GOLD: Well, the reality is that the American apparel industry is very firmly grounded in globalization and overseas production.

About 97 percent of the clothes and shoes sold here in the United States are made abroad. And industry experts say that it is going to be incredibly difficult to reverse that trend.

So, the focus in the industry right now is not on bringing manufacturing back in a large-scale fashion, but rather trying to give consumers a sense of confidence that their goods are not being made by workers overseas who are being exploited for their labor. 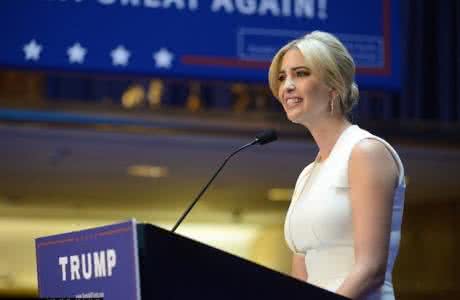 JOHN YANG: And how does the Ivanka Trump fashion line measure up to the rest of the industry and that sort of thing in policing labor conditions at the factories they use?

MATEA GOLD: We found that the Ivanka Trump brand lags behind many in the apparel industry, both large and small companies, when it comes to having oversight of their foreign production.

They are taking measures now to do greater oversight, the kind of measures that other companies already have, such as bringing in a group to independently audit factories and to provide some programs on the ground to support some of the women who make their clothes.

JOHN YANG: And what did the Trump people say to you? Today, Sean Spicer was asked today about some of this in the White House briefing, and said it would be inappropriate for him to talk about a private business at the White House podium. What did they tell you in response to these things?

MATEA GOLD: Well, the president of the Ivanka Trump brand, Abigail Klem, told us that one of the reasons they had not taken these other measures that other companies have is because they're a newer and smaller brand and that they're looking now to really try to live their mission of women who work, which is the motto Ivanka Trump developed at her company throughout their whole supply chain.

And that is something that they said is evolving and they're going to continue to strive to do. But Klem also told us that the goal of bringing manufacturing back to the United States for their company was just unrealistic, that there aren't trained workers that work in the apparel industry here anymore, and, in many cases, the machinery doesn't even exist to do this kind of production.

JOHN YANG: Matea, let me ask you about something else you have been reporting on for The Post.

The financial — the campaign spending records of the Trump 2020 campaign shows that they paid money to — they paid fees to Donald Trump Jr.'s lawyer before this latest story broke about the meeting with the Russian lawyer, and also they reimbursed the Trump corporation for legal consulting fees.

What's all this about?

MATEA GOLD: So, we don't have a lot of answers from the campaign committee, which has declined to answer questions about these payments.

But one thing we saw in the most recent campaign finance filing is that the legal fees paid by the campaign committee skyrocketed in the last quarter, including a $50,000 retainer paid to a criminal defense attorney who is now representing Donald Trump Jr.

This came in late June, before President Trump himself said he knew about this meeting in which there were several Russian or Russian-linked people involved. And it does raise questions about whether this payment specifically was connected to the Russian probe.

And there was also this reimbursement to the Trump corporation for legal fees, which is the first time we have seen Trump's own company being reimbursed for those kinds of service.

JOHN YANG: What does the Federal Election Commission say about campaign funds being used for legal fees?

MATEA GOLD: The campaign committees have a lot of leeway to spend money on legal fees, as long as the payments are directly connected to activity connected to the campaign.

So if the expenses wouldn't have been incurred all but for the campaign committee, they can pay them. But if they were expenses that aren't related to political activity, they're beyond the purview of the committee.

The fact that these payments were made through the reelection committee suggests that they are connected to some sort of legal investigation or legal work connected to the campaign.

JOHN YANG: Matea Gold on legal fees being paid for by the campaign and Ivanka Trump's businesses, thank you very much.