A new report says the world is slightly more peaceful than it was a year ago. The report was made by an organization called the Institute for Economics and Peace (IEP). The IEP has reported on world peace for the past 10 years. Every year, it publishes a document called the Global Peace Index (GPI). This index ranks 163 countries and territories on their level of peacefulness. It also offers advice on how to develop peaceful societies. The latest report found that the world became 0.28% more peaceful over the past year. Iceland is the most peaceful country in the world. It has been number one on the GPI since 2008. The next four most peaceful countries are New Zealand, Portugal, Austria and Denmark. 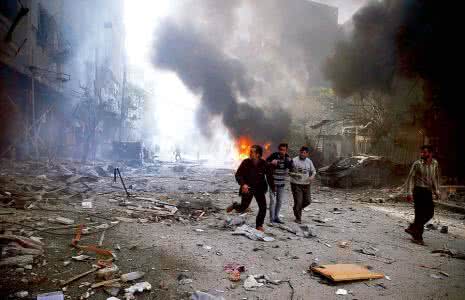 The report says that in the past year, 93 countries have become more peaceful, while 68 have got more violent. Researchers measured many things to work out the level of peace in each country. They measured the murder rate, how easy it was to get weapons, terrorism and terror attacks, and the number of soldiers or police each country had. The IEP said Syria is the least peaceful country in the world. Syria has now been bottom of the list for five years in a row. The next four most violent countries are Afghanistan, Iraq, South Sudan and Yemen. The chairman of the IEP warned that: "The world is still stuck with conflict in the Middle East, political turmoil in the US, refugee flows, and terrorism in Europe."