Many Jews in Britain want to leave the country because of an increase in anti-Semitism hate crimes. Anti-Semitism is hostility towards or discrimination against Jews. It is a hate crime. A recent increase in anti-Semitism has made one third of Jewish people in Britain want to move overseas. New research shows that only 59 per cent of British Jews feel welcome in the UK, which is their home. More than 10,000 British Jews were interviewed in the large-scale study. Around 40 per cent of Britain's Jews said they felt afraid and hid their religion in public. The research is from the Campaign Against Anti-Semitism (CAA). It found there has been a 45 per cent surge in anti-Semitic crime since 2014. 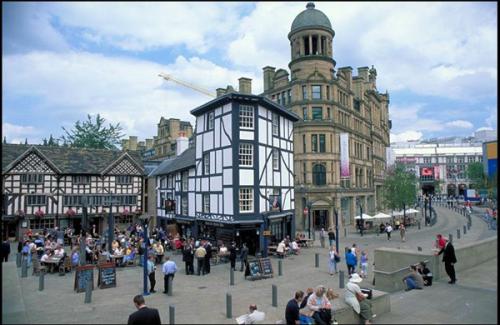 The study revealed that more than three-quarters believed that Britain's largest left-wing political party, the Labour Party, has fuelled anti-Semitism. People said its negative opinions on Israel created bad feeling towards Jews. They also said its leader failed to crack down on anti-Semitism within the party. Another reason was the fact that very few anti-Semitic hate crimes go to court. Fewer than 24 such crimes go to court each year. The CAA warned that: "Without urgent change, British Jews may start to leave, as has happened elsewhere in Europe." The UK government said: "There can never be an excuse for hatred towards the Jewish community, and wherever we find it, we shall oppose and challenge it."