The government of Chile has rejected plans for a billion-dollar mining project because it would disrupt marine life. The area that was threatened with mining is home to 80 per cent of the world's Humboldt penguin. Other creatures that live in the waters include blue whales, fin whales and sea otters. A mining company called Andes Iron had wanted to extract millions of tons of iron and copper in the north of Chile. It also wanted to build a new port to facilitate the mining process. Chile's Environment Minister told reporters: "I firmly believe in development, but it cannot be at the cost of our environmental heritage or cause risk to health, or to unique ecological areas in the world." 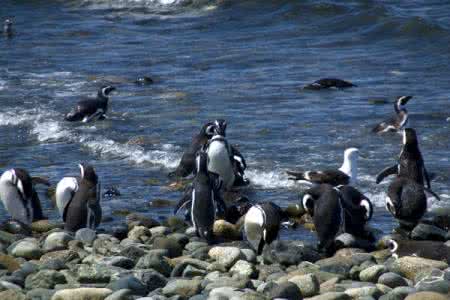 Chile's National Mining Society said the decision was bad news for mining and for the country. It said the mining project was essential for the economic development of the region and the country. The controversial mining project would have generated $2.5 billion in revenue. Government ministers said the mining company had not shown the full negative impact of the mining project on the local environment. It also questioned the project's finances. The Environmental Minister said: "There are deficiencies in basic information and insufficiencies in mitigation, compensation, and reparation measures, meaning we believe that the eventual impacts have not been properly taken care of."