A Nigerian engineer and neuroscientist has created a revolutionary new computer that has artificial intelligence (AI). Dr Oshi Agabi has spent many years trying to make acomputer that can smell. He launched his start-up project last year and called it Koniku. He has raised over $1 million in funding. Dr Agabi said his project is already makingprofits of $10 million. Technology giants like Google and Microsoft are very interested in it. The security industry is also keeping a close watch. Koniku could be put in drones and smell bombs and explosives. It could also be used in airport security systems to smell explosives. An additional use could be in hospitals to smell diseases in humans. 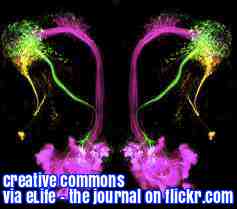 Dr Agabi did not base Koniku on silicon chips. Agabi said computers have used silicon for decades, but it is not powerful enough to deal with the maths needed to recognize smells. Instead, he based his device on neurons from the brain of a mouse. Neurons are cells in the brain that share information. They use electricity and chemical signals to process and send information. Using neurons in computers is called biotechnology. Agabi said biotechnology can make devices that can smell. He said: "Biology is technology. Bio is tech. Our deep learning networks are all copying the brain." Agabi added: "We want to build a…system that has intelligence. We do not want to build a human brain. It's not science fiction."