Radio newsreaders and television presenters at Ireland's national broadcaster RTE are up in arms at being told to pronounce words according to the Queen's English. A report in The Irish Sun newspaper claims that RTE's broadcasters have been issued an A-Z style guide of words which instructs them on how to pronounce certain words in an effort to ensure they are clearly understood. The A-Z comes with audio clips containing elocution lessons of how to "properly" pronounce the "problem" words. An official at RTE told the Irish Sun that producers issued the guide to keep up standards. It said RTE had received complaints from the public over how certain words were supposedly mispronounced. 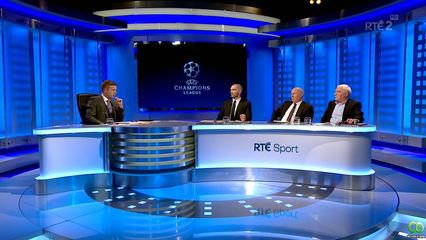 Irish linguistics expert Professor Raymond Hickey called the RTE's actions "internalized colonialism". He expressed his disbelief that Irish speakers were being asked to use words with an English accent. He said: "The basic issue is RTE expects its staff to speak as if they were English. Why? We have our own form of English, which is different but fully legitimate and accepted worldwide." Professor Hickey highlighted some examples of the words Irish presenters are being asked to pronounce with a British English accent. He said: "The Irish don't pronounce the TH [in 'birthday'] as a fricative, but as a stop with no breath….The same is true of 'news' - the Irish pronunciation is and always has been 'nooze'."