The world-renowned Cambridge University is considering abolishing handwritten exams after 800 years. University officials may ask students to type their exam answers on a computer rather than use a pen. The move follows complaints from examination markers who say they are finding test papers increasingly illegible due to poor handwriting.Academics say today's students primarily use laptops in lectures and tutorials instead of pens. Students are losing the ability to write by hand. One academic said asking students to hand-write exams actually causes them physical difficulties. The muscles in their hand are not used to writing extensively for prolonged periods of two to three hours. 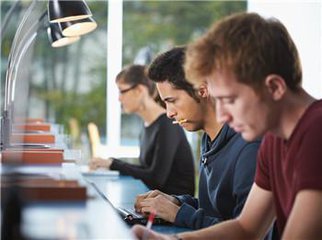 A Cambridge University lecturer, Dr Sarah Pearsall, told Britain's 'Daily Telegraph' newspaper that handwriting was becoming a "lost art". She said: "Twenty years ago, students routinely [wrote] by hand several hours a day, but now they write virtually nothing by hand, except exams." She added: "We have been concerned for years about the declining handwriting problem. There has definitely been a downward trend. It is difficult for both the students and the examiners as it is harder and harder to read these exam scripts."

Dr Pearsall says some students' handwriting is so illegible that they had to return to the university over the summer to read their answers out loud to examiners who could not read their writing.