The founder of the Internet, Sir Tim Berners-Lee, has spoken about his creation 25 years after he helped to conceive it. He said it has been a force for good, but it also has a negative side. Mr Berners-Lee was speaking to the BBC at London's Science Museum. He said: "Everywhere I look I see a mass of energy, a huge amount of energy, and also in some places, they are using the web for organised protests against oppressive regimes." He also lamented the growing use of the Internet for trolling and negativity. He said: "It's staggering to me that people who must have been brought up like anybody else will suddenly become very polarised in their opinions and will suddenly become very hateful instead of very loving." 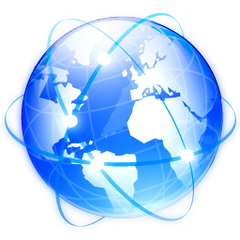 Berners-Lee was at the Science Museum to view an important part of Internet history. The museum will house the server that hosted the first ever website. It is part of a new exhibition called the Information Age. The machine still has a reminder on it written by Berners-Lee that warns: "This machine is a server. Do not power it down." Berners-Lee is currently the director of an organisation called the World Wide Web Consortium, which oversees the Web's continued development. Talking about the future of the Internet, he said: "Maybe we will be able to build web-based tools that help us keep people on the path of collaborating rather than fighting." He hopes the Web will remain "a medium for positive change".