New research shows that many people are not sleeping enough and that this is having a serious impact on health. Professor Matthew Walker from the Center for Human Sleep Science at the University of California warned that a "catastrophic sleep-misfortune plague" was putting people in danger of ill health. He said a continued lack of sleep was putting people at risk from a large number of possibly fatal diseases. Professor Walker said people need eight hours sleep a night to stay healthy. He continued that people who don't sleep enough will have a shorter life. Walker said the effect of not sleeping enough negatively impacts every single aspect of our health and every part of our body. 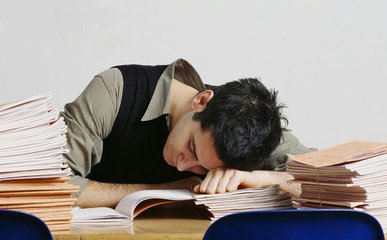 Professor Walker warned that a lack of sleep is linked to debilitating diseases such as Alzheimer’s, cancer, heart disease, obesity and diabetes. He warned that we are in a dangerous situation whereby we do not fully understand the very serious, "catastrophic" consequences of not getting eight hours a night. He gave several reasons why we are sleeping less. He said: "First, we electrified the night. Light is a profound degrader of our sleep." He also blamed longer working hours and longer commuting times, a desire to be with friends more rather than sleep, mobile devices, and the increased availability of alcohol and caffeine. He also blamed anxiety and said: "We're a lonelier, more depressed society."