Scientists say that many of the world's plants are in danger of dying out or becoming extinct. Dr Paul Smith from Botanic gardens Concervation Internacional said one in five of the world's plants is in danger of extinction. Botanic gardens contain about 100,000 species, including a third of all the world's endangered plants. Botanic gardens help to protect around 40 per cent of endangered species of plants. They contain many of the rarest plants. Dr Smith said: "This is the first time that we have carried out a global assessment to look at the wide range of plants grown, managed and conserved in botanic gardens. For the first time we know what we have and, perhaps more importantly, what is missing from botanic gardens." 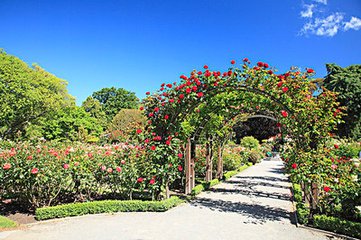 Researcher Dr Samuel Brockington said the world's botanic gardens were the best hope for saving the world's most endangered plants. He said: "Currently, an estimated one-fifth of plant diversity is under threat, yet there is no technical reason why any plant species should become extinct." Dr Brockington warned that if we do not protect endangered plants, people could have trouble finding food and fuel in the future. He said: "If we do not conserve our plant diversity, humanity will struggle to solve the global challenges of food and fuel security…and climate change." Most of the plants are in danger because of humans cutting down forests for farming and cities, and because of pests and climate change.