The boss of Europe's biggest low-cost airline has promised to increase the pay and working conditions of pilots to stop them leaving the company. Michael O'Leary, CEO of Ryanair, made a personal pledge to the budget carrier's 4,200 pilots to address concerns that pilots are dissatisfied and want to quit the company. Pilots have been offered salary increases of up to $11,700 and loyalty bonuses of $14,000. A long-serving pilot told the BBC this was, "too little, too late." He said: "There is a lack of basic benefits [for pilots] - no free bottles of water, coffee or tea and no crew meals." He said pilots also had to buy their own uniform. He added: "People have just had enough of the toxic atmosphere." 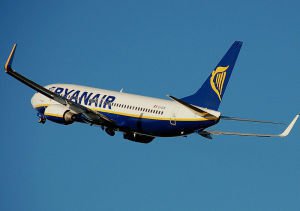 Mr O'Leary is attempting to repair the damage done to Ryanair's reputation after a scheduling error with pilot holidays. The costly mistake meant more than 20,000 flights have been cancelled recently because of a lack of available pilots. This has affected over 700,000 passengers. An industry analyst said the airline made this costly error, "by initially disrespecting the skill set of pilots". He added: "In a rare move, [Ryanair] is being forced to backpedal, apologize and meet [pilots'] pay demands." O'Leary is confident that pilots will stay. He said: "I urge you to stay with Ryanair for a brighter, better future for you and your family." He added: "We are a very secure employer in a very insecure industry."