JUDY WOODRUFF: Big changes are coming to an American tradition, the Boy Scouts. The Scouting board voted unanimously today to admit girls into the century-old program, and to permit them to earn the coveted rank of Eagle Scout. John Yang has more.

JOHN YANG: Thanks, Judy. Beginning next year, the Boy Scouts will allow young girls to become Cub Scouts. And then, in 2019, they will begin a program for older girls that will allow them to earn the rank of Eagle Scout.

Here to help understand what's going on, what is behind this historic change and what it might mean for the Girl Scouts, we're joined by Associated Press national writer David Crary. David, thanks for joining us.

DAVID CRARY, Associated Press: Hey. It's a pleasure to be here.

JOHN YANG: First of all, let me ask you, why are the Boy Scouts doing this?

And it's not an easy task in this day and age, where these youth organizations are all struggling to keep their ranks full. So, I think the idea was, if we want to grow, let's let girls in. This could be a huge increase, hundreds of thousands of girls over the next few years. It would help them get more revenue and really change the way the demographics of the Boy Scouts work.

DAVID CRARY: Well, it's been tough for all of these youth groups, the Boy Scouts and the Girl Scouts, because there are so many — there are single-parent families now. There are families where both parents are working. It's tough for the parents to find the time to take their kids to and from these meetings and activities.

I think the Boy Scouts are hoping that parents will see this kind of one-stop shopping now, where they can have the girls and boys in the same organization, maybe make things a little more efficient for themselves. 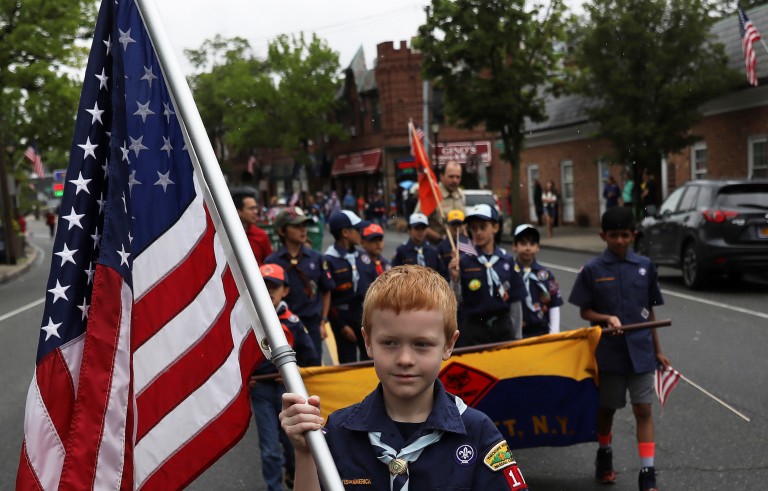 JOHN YANG: And, also, Dave, the Boy Scouts have already had co-ed programs for older girls for a while now. So, what's going to be the significance of this new program for older girls that they're going to start in 2019?

DAVID CRARY: Yes, it's pretty fascinating, because that one they are saying it's going to still be single-sex. There will be the boys, Boy Scouts, and then there will be a mirror program for girls of that age, 11 to 14 years old.

It is going to be fascinating how much they interact with each other. They told me today still no co-ed camping. That is not on the cards. So it's almost like two parallel groups. And I think the odd person out, the odd entity out is the Girl Scouts, who feel, I think, that their mission is being encroached on.

JOHN YANG: Have they had anything to say today, the Girl Scouts?

DAVID CRARY: As I came to the studio, I asked Girl Scouts for comment at midday, right when the story broke. Five hours later, no comment.

I'm guessing they are upset. I'm sure they are. It will be interesting perhaps tomorrow to see how they phrase their annoyance with this and their idea for how to go forward.

JOHN YANG: They have been talking about their annoyance with this earlier in the year, when they heard about the plans for this, didn't they?

DAVID CRARY: They have been very outspoken.

They said this was covert recruiting of girls. They have implied that the Boy Scouts are doing this out of financial distress. They have harked back to decades ago, these sex abuse cases of the Boy Scouts, implying that this is the last thing the Boy Scouts should be doing, is bringing in girls.

It's been pretty nasty. And I think a lot of people have been surprised that these two organizations that have been kind of buddies for so long are now at odds with each other.

JOHN YANG: And, in the recent years, we have seen the Boy Scouts open up to first gay Scout leaders then gay Scouts and then transgender Scouts. What does this say about the Scouts and how they're trying to change with the times or keep up with the times?

DAVID CRARY: Well, I think it shows that they take their livelihood, their viability pretty seriously.

It's interesting. The other three changes that you mentioned were all the result of a lot of pressure. Big business, gay rights activists were saying, hey, you have got to be more tolerant, you have got to let these people in.

Eventually, the Boy Scouts did acquiesce. With this one, they haven't been getting outside pressure, so it's a little different, in the sense that they have figured out for themselves, I think, in a very entrepreneurial way, this is what we have got to do to be viable financially.

JOHN YANG: David Crary of the Associated Press, thank you very much.