A new study has found that mothers all over the world speak to their babies in the same way. The research is from the Baby Lab at Princeton University in the USA. The researchers who did the study said "motherese" is a universal language. They said baby talk is not just lots of cute noises and coochy-coos. The words and sounds that mothers say to their babies are quite complex. They form a special form of communication that mothers use in the same way across the world. These sounds are very important in helping the language development in infants. Dr Elise Piazza, co-author of the research, said baby talk is a lot more important than we thought. She said: "It is not something to be embarrassed about at all." 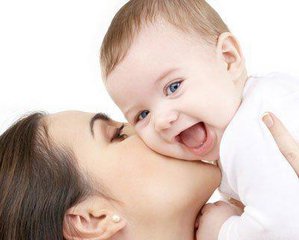 The researchers recorded 24 different mothers talking to their babies. The babies were aged between seven months and one year. The mothers spoke to their children in 10 different native languages, including English, Spanish, Mandarin, Russian and Hebrew. Dr Piazza said: "We basically brought mothers into the lab and had them play with and read to their own babies, just like they would at home." She added: "We found that mothers [change the] basic quality of their voices when speaking to infants, and they do so in a [very similar] way across many diverse languages." The study didn't look at fathers' talk, but Piazza said that it is likely fathers would also speak in a similar way across the world.