Potato lovers in New Zealand could be in for a big shock. New Zealand is facing a possible potato shortage in the next few months. This means there could be a lack of potato chips (crisps in British English) until next year. Newspapers are calling this situation the "chipocalypse". They combined the words "chip" and "apocalypse" to make this new word. A possible chipocalypse is because of a very wet winter in New Zealand. This has hit potato growers. In some areas, a third of the potato crop has been lost. The wet weather has particularly hit the potatoes that are used to make potato chips. This means makers will make fewer potato chips and prices for potato chips will be higher. 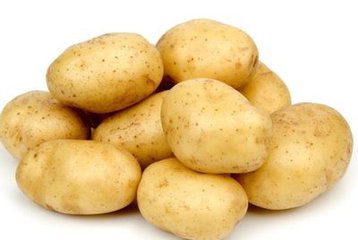 A spokesman for New Zealand potato farmers told the Radio Live NZ news station about the problem. Chris Claridge, head of Potatoes New Zealand, said: "It started raining in March, and it just simply hasn't stopped. We've had the entire year's worth of rainfall already, so the rainfall is 25 per cent above average and while that might not sound like a lot what it means is it's continuous, so the soils never get a chance to dry out." He added: "Potatoes are actually alive. They need to breathe, and so effectively they drown, and then they start to rot because they're submerged in water." A major supermarket chain said: "We are working closely with our suppliers to manage supply as much as possible."