There has been a steep rise in reports of self-harm among young teenage girls in the United Kingdom. A new study from the British Medical Journal reports that more and more girls aged 13 to 16 suffer from self-inflicted harm. Researchers from the University of Manchester looked at data on nearly 17,000 patients from more than 600 doctors' surgeries. The researchers found that there was a 68 per cent increase in self-harm among 13- to 16-year-old girls over the three-year period of the study. During the same period, rates stayed constant among 10- to 12-year-old girls and 17- to 19-year-olds. The study said self-harm rates among girls are three times higher than those for boys. 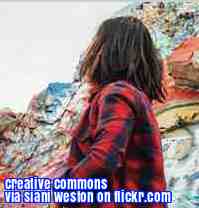 Doctor Nav Kapur, study author and professor of psychiatry and population health, said increasing stress and psychological problems were probably what was fuelling the trend. He said: "We must take self-harm seriously. It's important to understand its underlying causes." A UK children's charity said: "Self-harm can often be an expression of a deeper problem, which is why early intervention services to support these children are vital. Without this, the consequences really can be a matter of life or death." Self-harm is one of the biggest risk factors for suicide among teens. Suicide is now the second most common cause of death in the under-25s worldwide.