China has reversed an import ban on several types of cheese that get their flavor (and distinctive smell) from bacteria. Chinese health officials placed a ban on the cheeses in September after authorities discovered that the bacteria used to make the cheeses were not officially approved by the health department. The cheeses now approved for sale in China include Brie, Camembert, Roquefort and Stilton. The ban was lifted following meetings between representatives from the European Commission and Chinese quarantine and health officials. China's National Health and Family Planning Commission stated that the bacteria used for the production of these cheeses were not harmful to consumers' health. 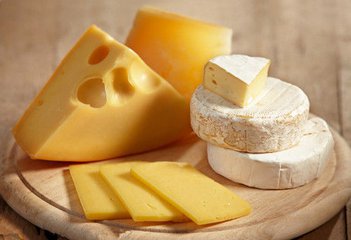 Cheese lovers in China were very happy that they can once again enjoy eating their favourite dairy product. Cheese is becoming increasingly popular in China. Dairy products are not a typical part of the Chinese diet but tastes are changing as more western food is influencing Chinese tastes. More Chinese people have acquired a taste for cheese because of the influx of pizza restaurants that have opened in recent years. Vincent Marion, a leading cheese importer based in Shanghai, said: "It's a real relief. It is now written in black and white that this category of cheese is legally importable." Cheese sales in China will be worth $820 million this year. This is an increase of nearly 25 per cent from last year.