The United Arab Emirates is starting a new programme to teach people computer coding. One million people will receive free training to learn how to code apps and computer software. The new initiative was launched by the UAE's Prime Minister and ruler of Dubai Sheikh Mohammad Bin Rashid Al Maktoum. It is called the One Million Arab Coders initiative. Sheikh Mohammad wants young Arabs in the Middle East to have the skills to develop the digital economy in their countries. Sheikh Mohammad said: "Coding will create many job opportunities for young people to compete. It will pave the way for them to participate in the global economy online, from home." 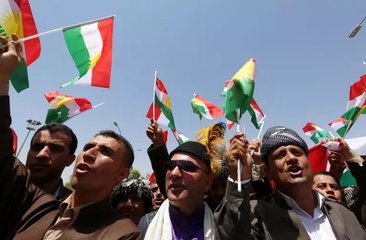 The new initiative will encourage the large number of young people living in the Middle East to get into coding. Studies show that 50 per cent of the Arab population is under 25 years old, and that 40 per cent of these hope to own their own business within the next five years. Sheikh Mohammad said: "This project is part of our mission to spread hope in the region, create employment opportunities and give our youth the skills needed for them to successfully lead our region into the future." He added that: "From the world's leading companies to the global economy itself, programming is the future." The top ten students will receive $50,000, while the top student will win a $1 million prize.