New Zealand's government has announced a ban on the purchase of homes by foreigners. Soon-to-be Prime Minister Jacinda Ardern announced on Tuesday that the ban would begin in early 2018. The measure is to address the current housing crisis in New Zealand. For the past few decades, overseas buyers have been snapping up houses as investments or for holiday homes in New Zealand. This has created an increased demand for properties, which has seen house prices soar. Prices have risen by more than 50 per cent in the last decade. New Zealanders are up in arms at the inflated prices they now have to pay to buy a home. Many citizens have simply been priced out of the market and cannot afford to get on the housing ladder. 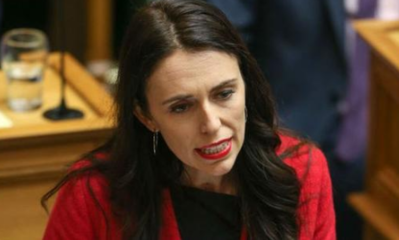 Ms Ardern expressed her determination to end the practice of overseas investment increasing property prices. She said: "We are determined to make it easier for Kiwis to buy their first home, so we are stopping foreign speculators buying houses and driving up prices. Kiwis should not be outbid like this." However, the new measure will not apply to Australians. Furthermore, overseas investors will still be able to buy land. Ardern said the changes would not stop non-residents or non-citizens from buying residential land to build a house on. She stated: "Our position has always been that if you're adding to supply…then you will be able to build." Ardern said she hopes the ban will "take some of the heat" out of the property market.