Scientists have developed a breathalyzer to test people for malaria. The device could help detect the deadly disease much earlier than other methods and thus help millions of people around the world. The researchers, from Washington University in St Louis, USA, say that people with malaria give off a distinctive "breath print". The breathalyzer detects the chemicals that malaria creates as the person breathes into the device. One of the odours the device detects is identical to a natural smell that attracts malaria-spreading insects such as mosquitos. The device is still in its early stages of development. The researchers say it could lead to a new, cheap and easy way to help diagnose malaria. 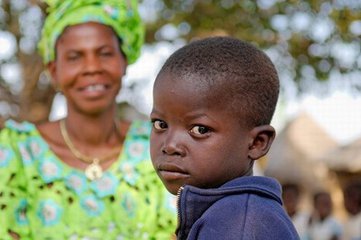 The prototype breathalyzer detects six different odours or chemical compounds to spot instances of malaria. The researchers did tests on 35 children in Malawi. They took breath samples using the breathalyzer to test the accuracy of the machine. It accurately identified 29 of the children as having malaria. This was a success rate of 83 per cent. Lead researcher Audrey Odom John said: "It's clear that if we had fast, easy-to-use, reliable diagnostic devices…we could reduce unnecessary antibiotic use. This would have a major impact on the control of malaria, because all current diagnostic methods require blood sampling." Malaria currently kills around 430,000 a year around the world.