Train companies in Japan are renowned for their punctuality. Many people claim Japan's rail network is the envy of the world. Others say you can set your own watch using a Japanese train's departure. Most rail companies around the world apologize to passengers for delayed trains or cancellations. However, the operators of Tokyo's Tsukuba Express line apologized for one of its trains leaving 20 seconds too early on Tuesday. According to the apology, the high-speed train pulled out of a station 20 seconds earlier than scheduled due to staff members failing to check the departure timetable. Even though the company issued the apology, it said it had not received any complaints from passengers. 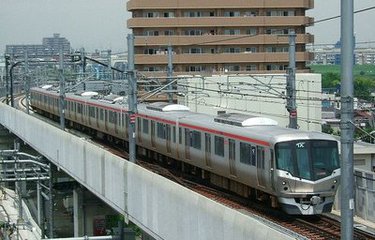 Bosses of the Tsukuba Express said the train crew did not sufficiently check the departure time and failed to accurately perform the departure operations. The company made a statement in Japanese on its website. It "deeply" apologized for the "severe inconvenience" caused to passengers who missed the scheduled train, even though the next train was just four minutes later. Many people tweeted about the apology. One tweet read: "Tokyo train company's apology for 20-second-early departure is one of the best things about Japan." A UK commuter tweeted: "They apologize for being 20 seconds early, and yet you don't get an apology from any major UK train company until they're over 2 hours late."