The United Kingdom's Queen Elizabeth II celebrated her 70th wedding anniversary on Monday with her husband Prince Philip, Duke of Edinburgh. The Queen walked down the aisle as a 21-year-old princess on November 20, 1947. She is the first British monarch ever to celebrate a platinum wedding anniversary. She is also the UK's longest-ever reigning monarch. The couple celebrated their special day with close family and friends at a small private party at one of their royal homes - Windsor Castle, west of London. They marked the occasion with the release of a set of official portraits. Britain's post office has also celebrated the historic landmark with a special set of commemorative postage stamps. 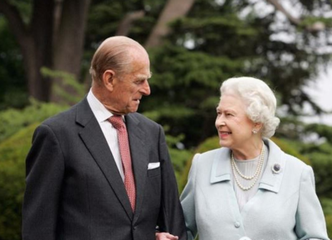 The royal couple first met as teenagers during World War II. Prince Philip was the son of a Greek prince. He gave up his title to become a British citizen to marry the then Princess Elizabeth. Reports say that prior to the wedding, he told his future mother-in-law that he had, "fallen in love completely and unreservedly" with her daughter. He once stated that: "My job first, second and last, is never to let the Queen down." The Queen has always relied on her husband, whom she described as her "rock". Jennie Bond, a former BBC royal correspondent, explained that humor helped their longevity. She said: "A big part of what has kept them going over so many years is the fact they can share a joke together."