French President Emmanuel Macron has started a new project to try and bring an end to violence against women. The project aims to educate the public and schoolchildren about sexism and violence against women. It will also improve police support for victims of domestic violence. President Macron spoke about the project on Saturday, which was the International Day for the Elimination of Violence Against Women. The new project has many aims. One aim is to teach school children about pornography. A second goal is to make it easier for rape and assault victims to go to the police. Another plan is to introduce stronger laws against harassing people in the street. 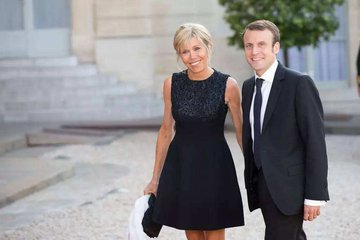 President Macron has made reducing violence against women one of his main projects. During his speech, he observed a minute's silence for the 123 women killed by their husband or ex-husband in 2016. One woman is killed in France every three days. Mr Macron said: "France should no longer be one of those countries where women live in fear." Fewer than one woman in five goes to the police to report violence against them. Macron said: "Criminals who harass, insult, touch, or attack women must be identified and brought to justice." Macron's speech comes at a time when a growing number of powerful men in Hollywood, business, politics and the media face charges of sexual assault.