The United Nations boss has said he is horrified by reports of slavery in Libya. Reports show thousands of African refugees are being sold in auctions and markets across Libya every week. Most of the people being sold are black African men. There are also reports of the enslaved people having their organs removed. These are sold on the illegal organ trade market. The UN's Antonio Guterres spoke in a televised statement. He said: "I am horrified at news reports and video footage showing African migrants in Libya reportedly being sold as slaves." He added: "I hate these appalling acts and call upon all authorities to investigate these activities without delay and to bring the criminals to justice." 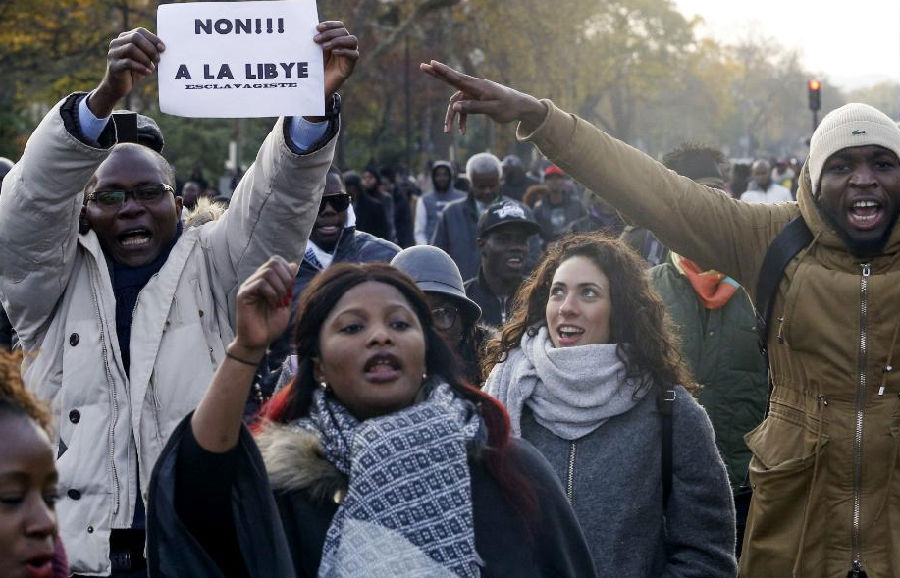 A group of human rights experts said urgent action had to be taken to stop this modern-day slave trade. The Special Procedures of the Human Rights Council said: "It is now clear that slavery is an outrageous reality in Libya. The auctions are similar to one of the darkest chapters in human history, when millions of Africans were uprooted, enslaved, trafficked and auctioned to the highest bidder." The enslaved men are reportedly being sold for between $300 and $400 each. Mr Guterres said: "Slavery has no place in our world and these actions are among the most terrible abuses of human rights and amount to crimes against humanity." He asked all countries to fight to end the slave trade.