Scientists from Oxford University in the UK believe they have found a bone that belonged to Santa Claus. The real name of Santa Claus is St Nicholas. He was a Christian holy man who lived in the 4th century in what is now Turkey. He died in the year 343. There are stories that he created many miracles, which is why the Christian church made him a saint. The scientists said the bone is from when St Nicholas lived. An archaeologist said: "This bone…suggests that we could possibly be looking at remains from St Nicholas himself." St Nicholas is the saint of children and students. There are stories that he secretly gave presents to poor people. This is the story behind today's Santa Claus. 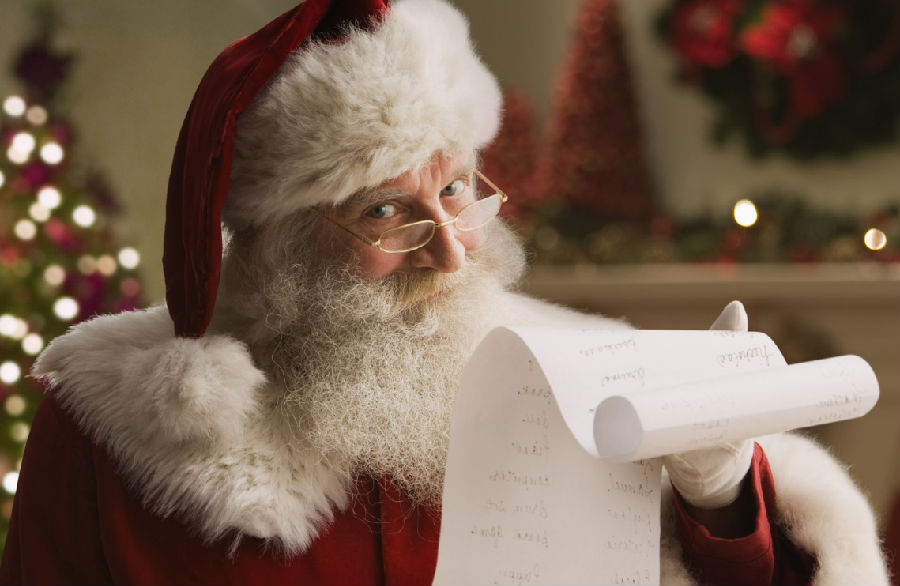 Santa Claus has other names. His name can be shortened to Santa. In many countries, he is called Father Christmas. He is a legendary character who brings presents to the homes of well-behaved children on the evening of the 24th of December (Christmas Eve). Badly-behaved children get a piece of coal. He delivers the presents on a sleigh, which is pulled through the air by his flying reindeer. Santa Claus is usually seen as an over-weight, happy, smiling man with a white beard. He wears a red coat with a white fur collar and cuffs, red trousers, a black leather belt and black boots. He lives in the North Pole, where he has a toy-making workshop. Children today can track his Christmas Eve journey online.