Scientists have created plants that glow in the dark. They are hoping to produce plants that can light up our lives. The scientists are from the Massachusetts Institute of Technology in the USA. They hope their discovery could lead to plant lights replacing electric lights. One day, even light that trees produce could replace street lights. Professor Michael Strano, lead author of the research, explained that his team wants to create sustainable light sources and help the environment. He said: "The vision is to make a plant that will function as a desk lamp - a lamp that you don't have to plug in. The light is ultimately powered by the energy metabolism of the plant itself." 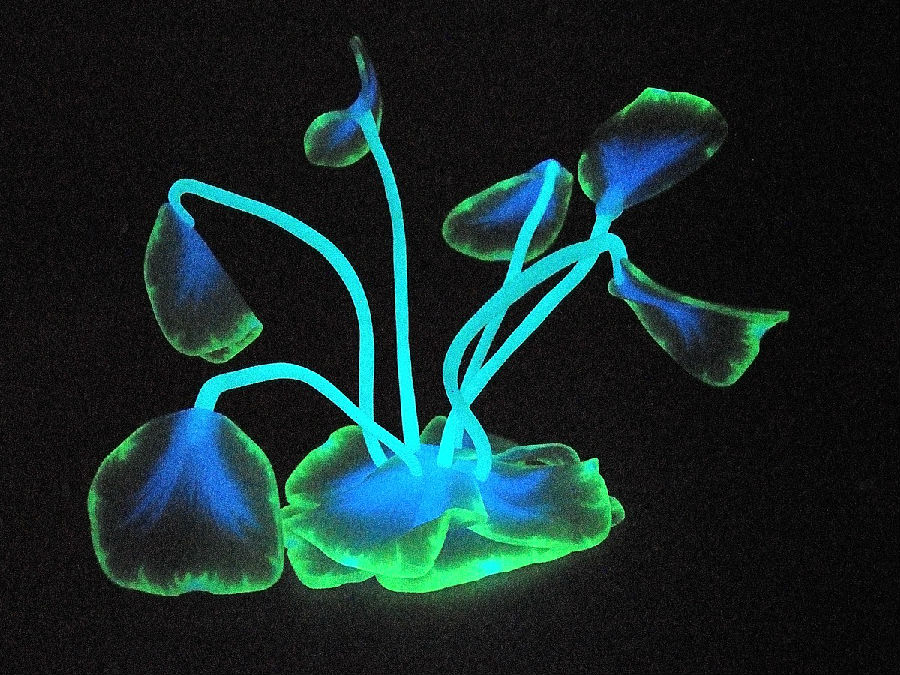 The researchers got the idea for their lighting plants from fireflies. They looked at the substance in fireflies that makes them glow. They created nanoparticles that contain the substance. They then put the nanoparticles into plant leaves to make them glow. The scientists were able to make plants that glowed for nearly four hours. The research team has tested the substance on salad leaves, including spinach and watercress. Professor Strano said: "Our target is to perform one treatment, when the plant is a seedling or a mature plant, and have it last for the lifetime of the plant." He thinks plant lights will be a part of our life in the future. He said: "We think this is an idea whose time has come."