A street-food seller in Bangkok wants to give back a top international chef's award. The street-food seller is known as the "crab omelet queen". Her name is Supinya Junsuta but she calls herself Jai Fai. Her street stall is in the middle of Bangkok and it is called Raan Jai Fai. Her crab omelets are of such good quality that the international dining guide Michelin awarded her a Michelin Star. A Michelin Star is one of the highest awards any chef in the world can receive. It is usually only given to chefs in top hotels and restaurants. Michelin announced it would be adding Bangkok to its fine dining lists. Many people were surprised that a street-food seller in Bangkok received the Michelin Star. 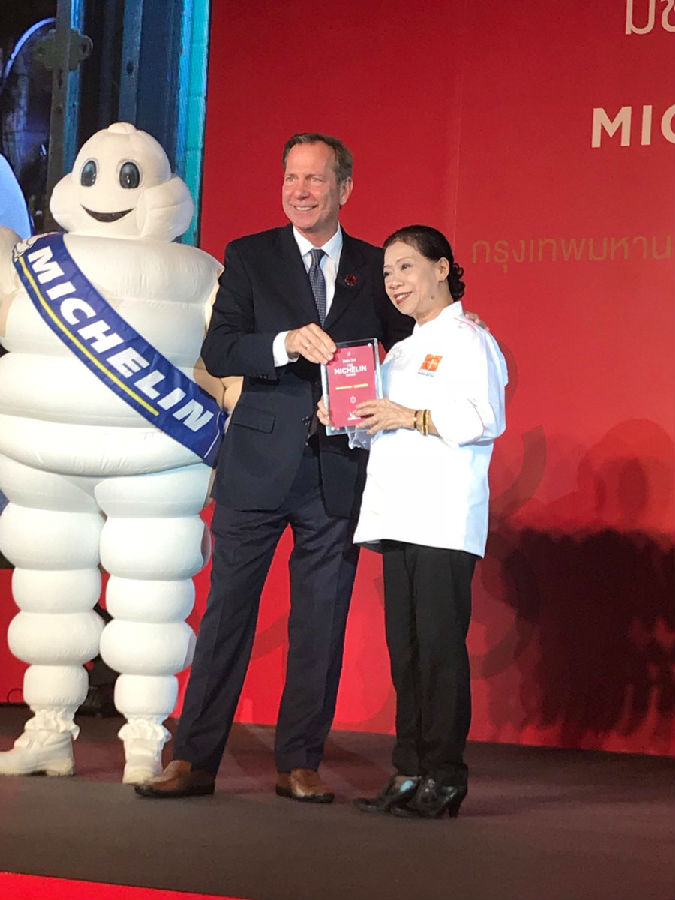 Chefs are usually happy to get the Michelin Star, but Jai Fai, 72, has told reporters she is not so pleased that she got the award. She wants to return the star to Michelin. Ms Fai said the star has changed her life too much. She wants to go back to how her life was before. She said she does not like the fame that has come with the star. One reason is that too many people are surrounding her stall and she is getting stressed. Tourists come to take photos; passers-by stop to watch her; and even some officials from the tax department came to visit her. Fai said: "Many people come just to look and take pictures and not necessarily to eat." She said happy customers are more important to her than "a million stars".