Spain is set to replace the USA as the world's second most popular tourist destination. This is according to statistics from the UN World Tourism Organization (UNWTO). The number of international tourists arriving in Spain grew by over 7 per cent in 2017. Spanish PM Mariano Rajoy corroborated the figures. He said the country had a record year in 2017, with more than 82 million international visitors. The growing number of international arrivals continues a growing trend. The figure for 2017 broke Spain's tourist arrival records for the fifth straight year. This is despite the terror attack on Barcelona in August, and demonstrations and unrest in Spain's Catalonia region for independence. 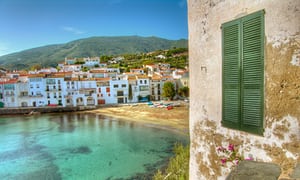 There was an 8 per cent increase in tourism to Europe in 2017. The UNWTO said: "Led by Mediterranean destinations, Europe recorded extraordinary results for such a large and rather mature region." Africa is increasingly becoming an established and attractive destination and tourism there also went up by 8 per cent. Asia and the Pacific saw growth of 6 per cent, the Middle East recorded 5 per cent, and tourism to the Americas grew by 3 per cent. The UNWTO added: "International travel continues to grow strongly, consolidating the tourism sector as a key driver in economic development." France retained its position as the world's top tourist destination.