Judy Woodruff: As we have been hearing, one issue that's sure to be part of immigration talks in coming weeks is the president's proposed border wall with Mexico. The controversial wall, a hallmark of Mr. Trump's campaign, has yet to materialize. There's still no funding from Congress. Eight prototypes are still being evaluated to see how effective they are. From PBS station KPBS in San Diego, Jean Guerrero examines the challenges of physically keeping illegal immigrants out of the U.S.

Jean Guerrero: President Trump promised to build a wall. Here on this dirt patch of land in southeastern San Diego are the main products of those promises, eight prototypes of various colors and materials. Each towers about 30-feet-high, three times the height of the existing border fence just south of them.

Ron Vitiello: Thanks for joining CBP on what we think is an announcement to be proud of. 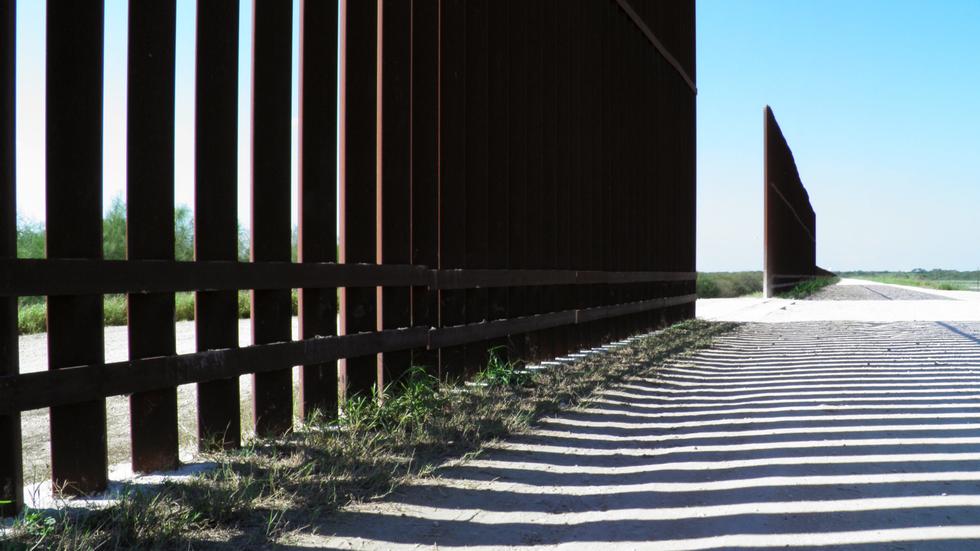 Jean Guerrero: It's been three months since they were unveiled, with the acting deputy commissioner for U.S. Customs and Border Protection, Ron Vitiello, lauding their scale.

Ron Vitiello: The biggest impression I have is how big they are.

Jean Guerrero: The prototypes cost taxpayers $20 million. But it's unclear if the prototypes will ever be used, because there's still no money for Mr. Trump's wall. The prospect of the wall has inspired several artistic protests, such as a billboard-size image of a little boy peeking into the U.S. over the fence. More recently, artists project light graffiti onto the prototype from Mexico. One of them is Jill Holslin.

Jean Guerrero: But some continue to await the wall with hopeful anticipation. One of those people is Bob Maupin, a retired mechanic whose property touches the border in southeastern San Diego County.

Bob Maupin: And if we get a wall like they built in Israel, I probably won't have to wear a bulletproof vest along the border anymore.

Jean Guerrero: He patrols his property for trespassers from Mexico.

Bob Maupin: Hell yes I'm a vigilante, if you use the word before Hollywood got ahold of it, because, originally, vigilantes were people that were enforcing the law because of the lack of law enforcement.

Jean Guerrero: Along the southern edge of his property, he built a chain-link fence that runs parallel to the government's border fence. He says the government fence is pretty useless because it's so easy to climb, standing only 10 feet tall here, with corrugations that can be used as steps. His fence is crowned with barbed wire. Still, it often gets cut by smugglers. Maupin has patched it with bundles of chain-link and metal slabs.

Bob Maupin: Over the years, my wife and I have spent probably $20,000 in fence repair in property repair because of these people.

Jean Guerrero: Now Maupin feels he must use himself as a barrier against illegal immigration.

Bob Maupin: It is my duty to protect the country from people invading it.

Jean Guerrero: Further east, in the Arizona desert, another man searches for people who get lost illegally crossing the border and tries to save them. Here, it's nature that stops people from coming through. Hundreds die each year from the extreme temperatures. Often, Ely Ortiz recovers their bodies, with the help of a group named Aguilas Del Desierto, Eagles of the Desert. Ortiz says the existing wall is to blame for the deaths, because it has pushed migrants into the desert.

Ely Ortiz (through interpreter): The wall is a method of discrimination. It's a way of saying, you're inferior to me and here I am marking my territory. The United States, with its policies, how many deaths has it caused?

Jean Guerrero: He says a longer wall will mean more deaths. Ortiz started this rescue group after finding the body of his own brother, Rigoberto, in the Arizona desert. Rigoberto died trying to cross the border illegally in 2009.

Ely Ortiz (through interpreter): I lost all illusions, all ambition for having things. I stopped having desires to be somebody. I wanted to dedicate my life to helping people who suffer this.

Jean Guerrero: On this search, Ortiz and his group come across a stack of letters and other things that appear to have belonged to someone who died. A large stain of grease on the desert floor indicates that a corpse was recently removed from here.

Ely Ortiz (through interpreter): "I love you so much, Francisco, my love."

Jean Guerrero: The letters appear to be from the man's girlfriend or wife.

Ely Ortiz (through interpreter):There shouldn't be a border wall. We're all human.

Jean Guerrero: Back in San Diego, Border Patrol agent Joshua Wilson says the wall makes it easier for agents to do their jobs.

Joshua Wilson: No barrier is a be-all, end-all that's going to prevent all illegal activity. However, what it does is it allows us time to interdict the attempt to enter the country illegally. And it acts as a speed bump.

Jean Guerrero: He says there are areas of the border that the wall doesn't address at all, such as the ocean.

Joshua Wilson: We have had people try to swim across, surf across, scuba dive, jet ski. There's no end to the creativity of the people trying to come here illegally.

Jean Guerrero: Maritime apprehensions skyrocketed after the first wall was built. Smugglers also started digging tunnels under the fence and using drones. And now government statistics show that most drug trafficking occurs through ports of entry. Experts on both sides of the political spectrum agree that even if President Trump's wall is built, smugglers won't stop finding new strategies for getting people into the U.S. For the PBS NewsHour ,I'm Jean Guerrero in San Diego.