Four Japanese tourists are very angry after a restaurant in Venice, Italy charged them 1,100 Euro ($1,350) for a dinner of steak, fish and water. In fact, the four tourists say they were ripped off (overcharged) for their meal. The four diners are students and study in the city of Bologna. They were on a day trip to Venice and decided to have dinner at a restaurant near the world-famous St Mark's Square on Friday. As well as the police looking into this incident, the mayor of Venice has promised he would also take action. The mayor said: "If this disgraceful episode is confirmed, we'll do all we can to punish those responsible. We are for justice - always." 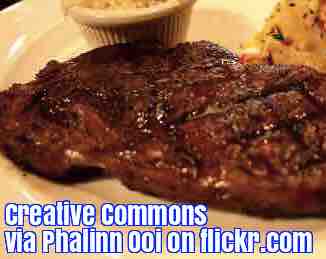 It is common for tourists to be overcharged anywhere in the world. Tourism groups in Venice are worried about the Japanese tourists saying they were ripped off. This is because there have been many similar cases recently of rip-off prices in Venice. One tourism group tweeted: "Whoever puts the good name of Venice at risk, harms all Venetians." The restaurant has a very low 1.5 (out of 5) rating on the website TripAdvisor.com. A huge 83 per cent of visitors gave it a "Terrible" rating. One TripAdvisor user complained that: "The food was very average....They added almost 50 Euro in taxes and a tip - these are the hidden fees that they don't tell you about. And the service wasn't that good. I feel scammed."