Archaeologists in Egypt have discovered a huge cemetery hidden under the sands south of Cairo. The 2,000-year-old necropolis was found south of Egypt's capital in the Nile Valley city of Minya. The word necropolis is from ancient Greek and means "city of the dead". The necropolis contains thousands of artifacts, including coffins and statues. Archaeologists started excavation work on the site late last year. They found tombs belonging to priests of Thoth. He was the ancient god of the moon and wisdom. Thoth was also believed to be the inventor of writing. Egypt's Antiquities Minister, Khaled al-Anani, said: "We will need at least five years to work on the necropolis. This is only the beginning of a new discovery." 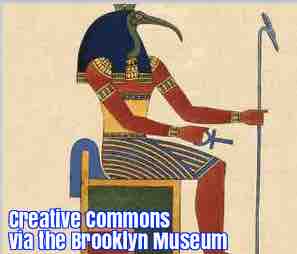 Mostafa Waziri, the head of the archaeological dig, said he was very excited about the contents of the site. He said he and his colleagues have uncovered eight tombs so far. He expects many more to be found soon. The tombs contain a wealth of historic treasures. One tomb includes more than 1,000 statues and four pottery jars that contain the remains of the internal organs of important ancient Egyptians. Mr Waziri also said there were 40 sarcophagi. A sarcophagus is a stone coffin in which dead bodies were placed. Waziri hopes the new site will help to attract more tourists to Egypt. There has been a downturn in tourism since the revolution that took place there in 2011.