Thailand will soon close one of its world famous beaches in an effort to reverse the damage done to its coral by mass tourism. The beach is in Maya Bay on the tiny island of Koh Phi Phi Leh. It garnered worldwide attention after it featured heavily in the Leonardo DiCaprio blockbuster movie The Beach. The film put the Maya Bay beach on the bucket lists of millions of travellers worldwide. The result has been an influx of up to 5,000 sun worshippers a day to its emerald shores. They arrive on hundreds of boats, which have caused irreversible damage to the bay's coral. Officials say that most of the coral in the bay has died. The beach will close between June and September to let the coral recover. 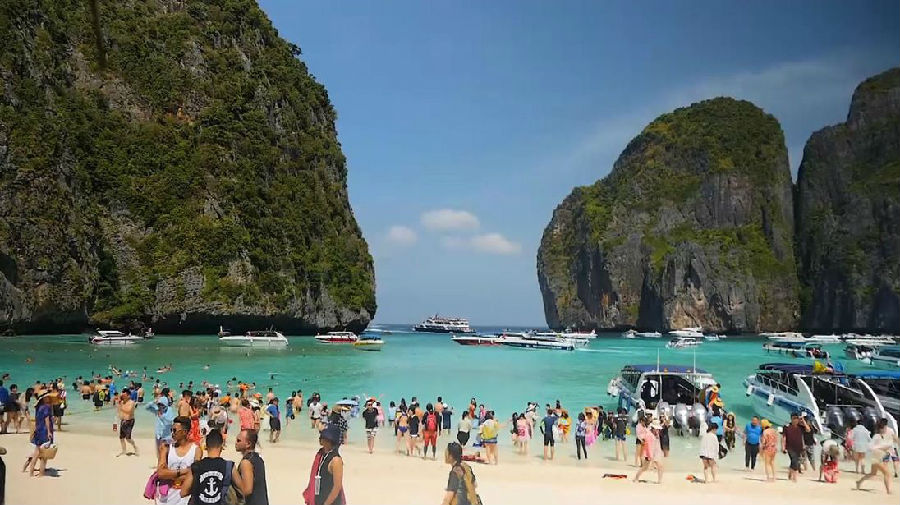 Experts predict that almost 80 per cent of Thailand's coral reefs have been destroyed, and that once pristine beaches have been damaged by tourism. The deputy dean of the Faculty of Fisheries at Bangkok's Kasetsart University is an outspoken critic of the level of tourism Thailand's coastline has to endure. He said the biggest culprits were beachfront hotels, boat anchors crashing into and breaking the coral, and plastic waste being dumped in the sea. He believes the "ideal solution" is for Maya Bay to be closed permanently. He said: "While it's a very pretty bay, visiting it with a flotilla of boats and hordes of other tourists rather detract from the magic." He welcomed the temporary closure.