Students in the USA took part in a protest on Wednesday. Tens of thousands of high-schoolers walked out of their schools to protest against gun violence. They chose March 14 for their protest as that marks a month since the February 14 Florida shooting in which 17 students lost their lives. At Stoneman Douglas High School, where last month's tragedy took place, students gathered on the football field for 17 minutes to remember their lost classmates. One student said: "The walkout was for those who will never be here again, but we're fighting for those who might be next." Another student said: "I came out because of what happened in Florida, but also because of what happens in my neighborhood every day." 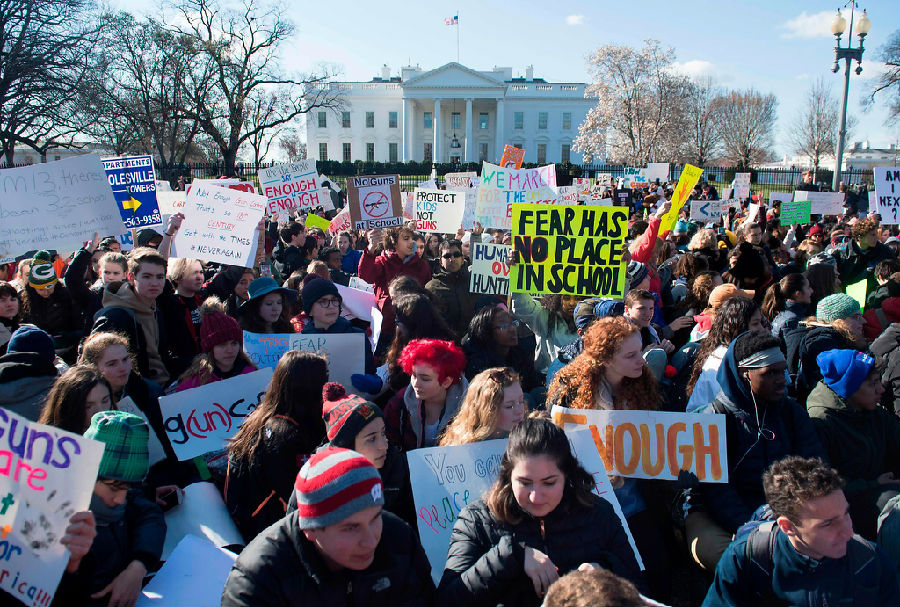 In the U.S. capital, Washington DC, hundreds of students gathered outside the White House to protest. They sat with their backs turned to the building for 17 minutes. They then took part in chants against the powerful gun group the National Rifle Association (NRA). U.S. Senator Elizabeth Warren joined the crowds and spoke at a rally outside the Capitol building. She said: "The NRA has held Congress hostage for years now. These young people have shown up to free us. I believe the young people will lead us." Many of the students in the crowd wanted to remind President Donald Trump that they would be old enough to vote in the 2020 elections, so he should listen to them now.