HARI SREENIVASAN: New research finds class matters a lot less in America when it comes to economic mobility for black males. Income inequality is often cited as an important factor in holding people back, but a new analysis suggests black boys and black men face economic disadvantages even if they start off from a similar point of income and wealth as their white counterparts. Yamiche Alcindor is back with our conversation.

YAMICHE ALCINDOR: A new study released this week underscores just how big a gap African-American males face when it comes to moving up the economic ladder. Some of the findings are dramatic. White boys who grew up in rich households are likely to remain that way. Black boys who are also raised at the top are more likely to become poor, instead of staying wealthy in their own adult households. Black boys fare worse than white boys in 99 percent of America, even when children grow up next to each other, with parents who earn similar incomes. Raj Chetty of Stanford University is one of the co-authors of this study. He joins me now. Thank you so much, Raj, for being here. This report seems to indicate that black men will fare worse than white men even if they are raised in households with similar incomes. Can you explain what's happening there?

RAJ CHETTY, Professor of Economics, Stanford University: Yes, so one of the most striking findings of the study to us was that, even if you take black and white boys raised in families at exactly the same income level, even at high income levels, you see that black boys end up with very different outcomes on average relative to white men. They're less likely to complete high school. They're less likely to go to college, to have significantly lower earnings in adulthood. And that phenomenon, interestingly, applies really only to black men. When we look at black vs. white women, but see much more similarity in their outcomes if they grew up in families of similar incomes. So it's something unique to what's happening to black men in America that I think is really a concern for generations going forward in terms of perpetuating inequality by race.

YAMICHE ALCINDOR: And that inequality is really striking to me. One of the things the study reports is that African-American men who grow up in households with two parents that are earning $140,000, they fare about the same as a white young man who is raised by a single mother making just $60,000. How can that be true, because it feels so counterintuitive? And what does that mean for African-American families and their futures?

RAJ CHETTY: Yes, what you're getting at really is the finding that there's a great deal of downward mobility in black families. So, you would have thought intuitively -- that is what we expected going in -- is, when you get to a certain income level, maybe racial disparities disappear, that at some point kind of escape the poverty trap. But that really doesn't seem to be the case.Even once your parents reach a high income level, it continues to be the case that black men have higher odds of essentially ending up in the bottom of the income distribution than staying at the top of the income distribution. And that's why you get this pattern that black men's outcomes look comparable to white men growing up in relatively low- or middle-income families. 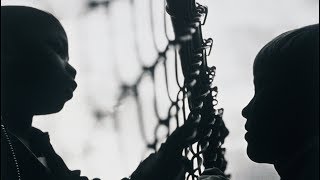 YAMICHE ALCINDOR: Gotcha. And I want to talk about the differences between black women and black men.There are some critiques out there, critics of the study out there that are arguing that black women who don't have long-term incomes weren't counted in your study. Is that accurate? And could you talk a little bit about your findings of black women and the data that you used?

RAJ CHETTY: Yes, so we include everyone. So, the power of the study is that we're able to track, using anonymized data, about 20 million Americans from birth to adulthood, people born in the early 1980s whose incomes we're looking at, in their late 30s. And that includes everyone, whether you're working or not. Every single person is counted. And so, if you're not working, you're assigned an income of zero and you're counted in the study. And what we show is that, even taking that into account, black women, conditional on growing up in a family that is at the same income level as white women, they end up with very similar outcomes. They have similar levels of earnings, similar wage rates, similar college attendance rates. They work at similar rates. So, it's really remarkable how, for women, you don't see that much of a black-white disparity. Very starkly different from men. Now, I should emphasize that doesn't mean that women are living in households with the same income levels, because black women tend to be married to men who are black who have lower incomes. And they also are married at lower rates. And so if you look at household income, of course, you do see a significant disparity between black women and white women. But when you look at their own earnings, they look very similar.

YAMICHE ALCINDOR: And then I guess I have one quick question, which is, tell me a little bit about the solutions here. You mention in the study that mentoring might be a possibility, that there might be some policy changes. What do you have to say about how this could change?

RAJ CHETTY: Yes. So, in thinking about the solutions, I think it's very important to remember that you continue to see these disparities even among kids growing up on the same street, going to the same schools, and so on. And so, often, solutions people think of are things like, we need to create greater opportunities for black and white kids to grow up in the same neighborhoods, to attend the same schools and
so forth, to reduce residential or physical segregation in America. And while I think that can be extremely valuable, what this study shows is, you need to do more than that. Even among kids growing up in the same area, you need to create the same opportunities for
black men to thrive as you see for white men. That could involve things like mentoring programs, for example, like the My Brother's Keeper Program, targeted at low-income men to give them pathways to success. It could involve efforts to try to reduce racial bias.
It could involve efforts to try to create more racial integration within schools and within neighborhoods, so black and white kids have similar opportunities.

YAMICHE ALCINDOR: Thank you so much, Raj, for joining me. I really appreciate it.

RAJ CHETTY: My pleasure. Thank you.