Fans of the USA's National Football League (NFL) will soon be in for a surprise. For the first time ever, an NFL team will have male cheerleaders in its ranks. The Los Angeles Rams have recruited two men as part of its official spirit squad (the term often given to the cheerleader team). Quinton Peron and Napoleon Jinnies will be the first men in NFL history to perform the same dance routines alongside their female counterparts. Other NFL teams have men who perform stunts, but they do not dance. Quinton and Napoleon are both classically trained dancers with years of performing experience. They were selected after impressing judges in a rigorous three-week-long process of auditions and interviews. 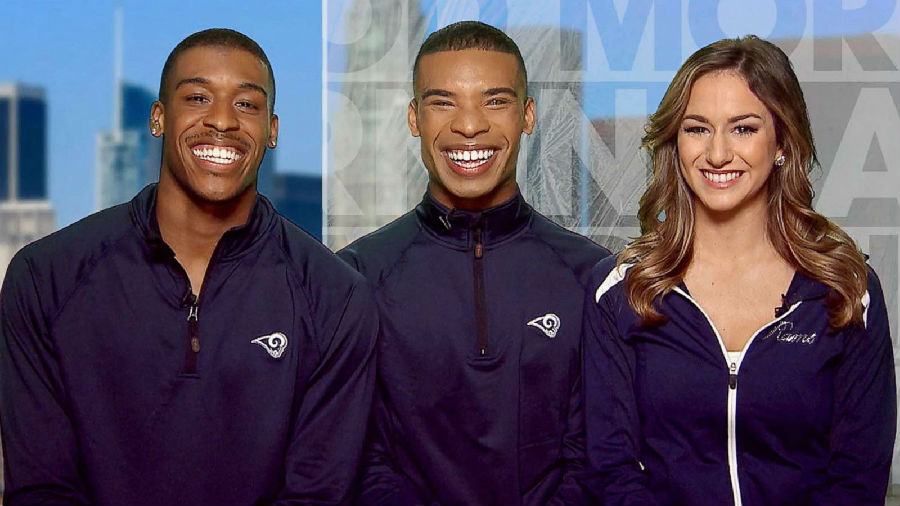 The current captain of the LA Rams cheerleader squad, Emily Leibert, enthused about her new colleagues in an interview on the TV show Good Morning America. She said: "They really just fit the bill to be a Los Angeles Rams cheerleader. They are intelligent; they are eloquent; they are more than qualified to be ambassadors out in the community." Leibert added: "They bring so much energy and there's something so magnetic about their performance that you really can't take your eyes off them." Napoleon was equally enthusiastic about joining the Rams. He praised the team for welcoming inclusivity and said he was "humbled" by his new role. He said he wanted to prove that "boys can dance too".