Saudi Arabia will soon have its very first national orchestra and opera. France will help Saudi to set up the musical groups. The two countries signed a series of agreements on Monday to boost cultural ties, and cooperation through the arts. France's Culture Minister said: "Today, an agreement was signed with the Paris Opera to help Saudi Arabia set up a national orchestra and an opera." The world-famous Paris Opera will help Saudi Arabia produce its own classical music performances and operas. Plans are already under way for the country's first opera house to be built in the kingdom's second largest city, Jeddah. Saudi Arabia will invest $64 billion in developing its entertainment industry over the next decade. 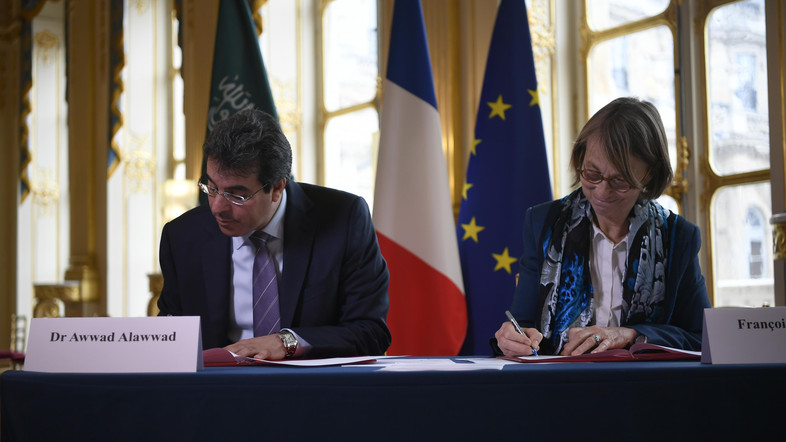 The agreement is part of a plan created by Saudi Arabia's Crown Prince Mohammed bin Salman, called Vision 2030. He wants to modernize many areas of Saudi life. There were other projects included in the cultural agreements between France and Saudi Arabia. French archaeologists will work on developing Saudi Arabia's Al-Ula region in the northwest of the country. The area is rich in ancient archaeological sites. French experts will help to preserve the area. Another key part of the agreement is the translation of literature. France's Culture Minister stressed, "the importance of translating books in both directions, from Arabic into French and French into Arabic".