A new report by the air-travel intelligence company OAG says Singapore to Kuala Lumpur is the world's busiest international air route. From March 2017 to the end of February 2018, exactly 30,537 flights flew between Singapore and KL. There was an average of 84 flights every day - that's one flight every 17 minutes or so. The route is covered by Singapore Airlines, Malaysia Airlines and a host of budget airlines. The flight time between Singapore and KL is just under an hour. Asia has the top seven busiest international air routes, with Singapore, Kuala Lumpur, Seoul and Osaka seeing the busiest traffic. New York LaGuardia to Toronto, and Dubai to Kuwait were the busiest non-Asian routes. 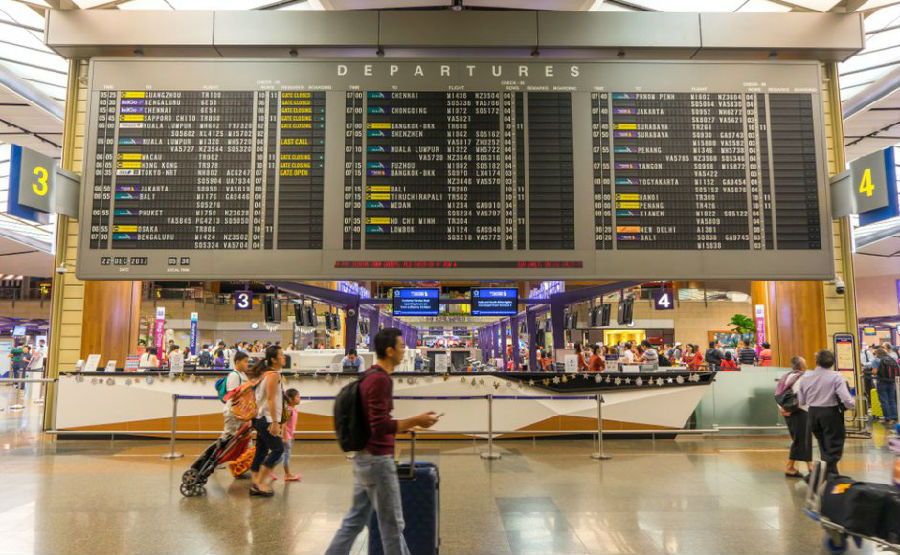 OAG provided more statistics on how busy the skies were in the year to February 2018. The busiest route if you count the number of passengers was Hong Kong to Taipei. More than 6.5 million passengers flew between these two cities. Singapore-Jakarta was second, with 4.7 million; followed by Singapore-KL, with just over 4 million passengers. OAG also reported on the busiest domestic routes. The world's busiest domestic air route is between Seoul and the South Korean island of Jeju. In 2017, 65,000 flights covered the route, with almost 180 flights per day - one every seven-and-a-half minutes. The only long-haul route in the top-20 list is New York JFK to London Heathrow, which has around 38 daily flights.