The cafe chain Starbucks has made a new policy about who can use its cafes. Starbucks CEO Howard Schultz has announced that anyone can enter a Starbucks cafe in the USA without needing to make a purchase. That means people are free to sit in the cafe or use the restrooms. Mr Schulz has asked all Starbucks staff to treat every person entering the cafe as a customer. He said: "Any person who enters our spaces, including patios, cafes and restrooms, regardless of whether they make a purchase, is considered a customer." This means people can simply use Starbucks to sit down, relax and use the Internet. The new policy applies to more than 8,000 cafes in the United States. 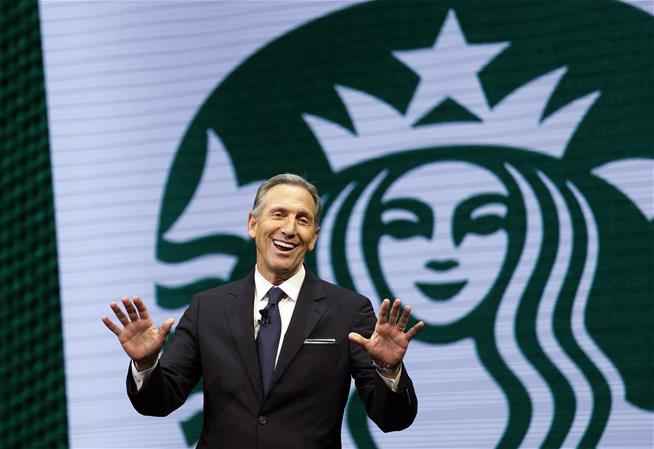 The new policy will also make it easier for store managers and baristas to do their job. There have been high-profile cases recently of managers asking real customers to leave a cafe or telling them they cannot use the bathroom. On April 12, two black men were arrested and escorted out of a Philadelphia Starbucks in handcuffs for waiting for a friend to arrive before they ordered. A week later, another black man was told he could not use the bathroom because he hadn't bought anything. He posted a video online of a white man using the bathroom in the same cafe without buying anything first. Mr Schultz said he didn't want to make Starbucks a public bathroom, but the new policy was "the right thing" to do.