Scientists at the Canadian company Carbon Engineering have said they are close to making carbon capture work. Carbon capture is the process of capturing waste carbon dioxide (CO2) from places like power plants and then storing it so it does not harm the environment. Carbon Engineering says its scientists are close to capturing CO2 from the atmosphere and turning it into carbon-neutral fuel. This could be a big step forward in the fight against global warming. The scientists also said they have greatly reduced the cost of carbon capture, to as low as $94 per ton of CO2 captured. Many scientists believed carbon capture would cost about $1,000 per ton captured. 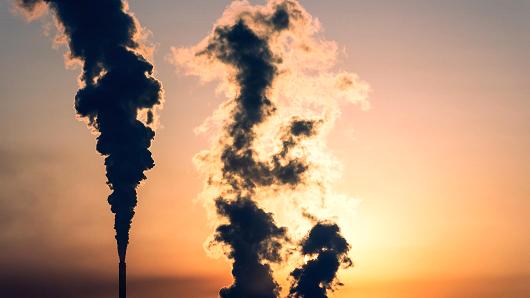 The technology works by sucking air into special industrial towers. The CO2 is mixed with an alkaline liquid and frozen. It is then heated and combined with hydrogen. This produces liquid fuels like gasoline and jet fuel. The founder of Carbon Engineering, Professor David Keith, was optimistic about the future of this process. He believes his company could help to combat climate change. He said: "After 100 years of practical engineering and cost analysis, we can confidently say that while air capture is not some magical cheap solution, it is a viable and buildable technology for producing carbon-neutral fuels in the immediate future, and for removing carbon in the long run."