JEFFREY BROWN: In 1975, Donald Hall came to live on the small Wilmot, New Hampshire, farm he'd visited as a boy, when his grandparents lived here. He told me of it when I visited in 2006.

DONALD HALL, Poet: I'm incredibly lucky. I fell in love with this place when I was 8 or 10, and loved the people in it, and loved the culture around it, loved the hills and valleys, loved the old houses, like this one, white with green shutters. And when I came back, I decided I had been writing about New Hampshire from a distance so much. Now that I was back in New Hampshire, I wouldn't write about it anymore. Quite the reverse. I went through everything. I wrote about all the old farm animals. I wrote about the hills. Everything about it stimulated me, and I had perhaps the most prolific year of my life when I first came back. 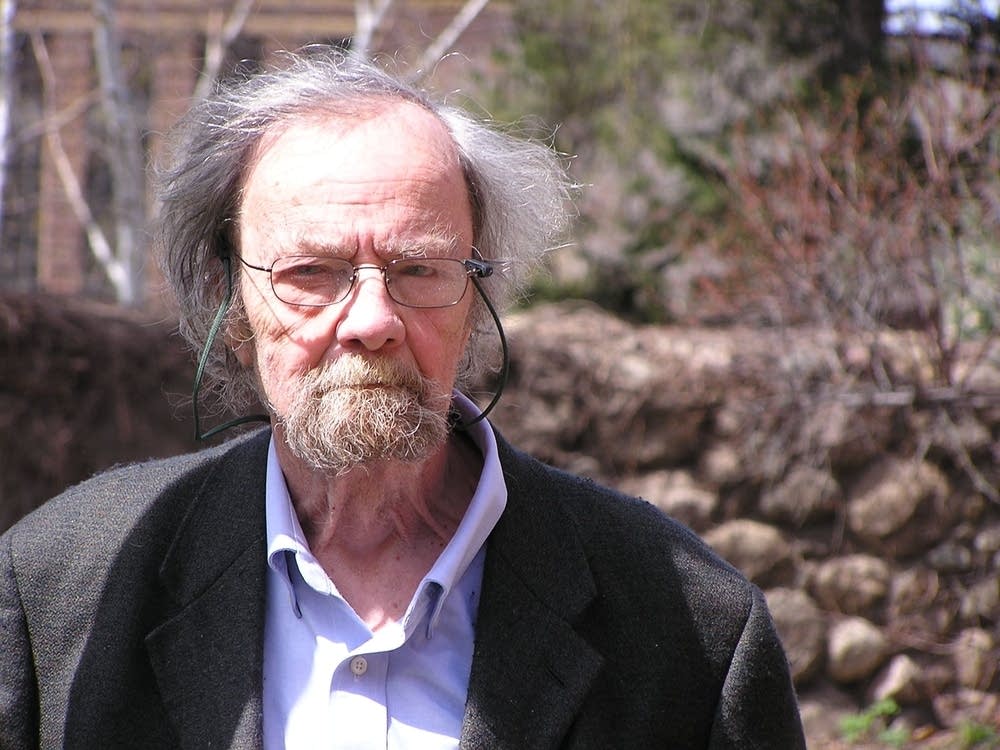 DONALD HALL: Mount Kearsarge. Great blue mountain, ghosts. I look at you from the porch of the farmhouse where I watched you all summer as a boy. Steep sides, narrow flat patch on top. You are clear to me, like the memory of one day.

JEFFREY BROWN: Two of his best-known books, Without and The Painted Bed, are about his most painful subject, the death of his wife, poet Jane Kenyon, who died here of leukemia at age 47. Was that hard to do, or was that helpful?

DONALD HALL: It was helpful in the extreme. I took to writing her letters after her death. And writing her letters after her death gave me the only sort of happiness of the day. I felt in communication with her somehow, not supernaturally, but poetically. And every important thing in my life had found itself into poems. But when she was sick, dying of leukemia, what else could I write about?

JEFFREY BROWN: Hall was a prolific writer. In addition to poetry, there were memoirs, essays, children's books, even two books about his beloved baseball. He served as U.S. poet laureate in 2006. Among many other honors, he received a National Medal of Arts from President Obama. And, always, he was a writer of and advocate for poetry.

DONALD HALL: Poetry offers works of art that are beautiful, like paintings, but there are also works of art that embody emotion and that are kind of school for feeling. They teach how to feel, and they do this by the means of their beauty of language.

JEFFREY BROWN: Donald Hall died of cancer at Eagle Pond Farm in New Hampshire on Saturday. He was 89.

JUDY WOODRUFF: And, online, you can read a poem by the late author. That's on our Web site, PBS.orgNewsHour.

Elisabeth Marlin: Thank you very much for having me.