Hari Sreenivasan: This week, the music streaming service Spotify removed R&B singer R. Kelly from its playlists, which means fewer listeners will discover or hear his music. Why R. Kelly? In part, because of the online campaign #Mute Kelly. There are demands for investigations into allegations he abused women of color over the past 20 years. Kelly performed last night in North Carolina. The singer is not currently charged with any crimes. Spotify cited its new hate content and hateful conduct policy as justification, and other streaming services have also removed r. Kelly from playlists, although his music is still available on these platforms. Joining me now is Joan Solsman, senior reporter for CNET, who is following this issue. This isn't necessarily a conversation about R. Kelly, but really about the... the step that Spotify as taken. What makes this such a big deal? 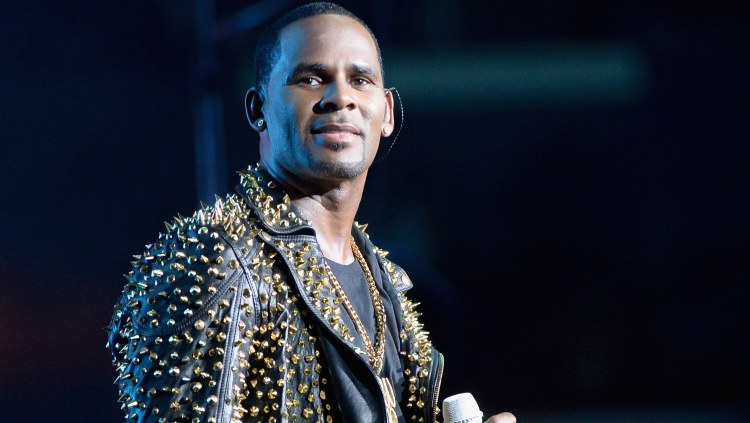 Joan Solsman: Well, for one, Spotify is the biggest streaming music service at a time when music streaming is becoming the most popular, most common way that people are listening to music. So, it's a stake in the ground, a very definitive step that it will make editorial judgments about not only the content of music but the conduct of the artist itself. And those judgments can have real repercussions on artists' livelihood.

Hari Srinivasan: There's a part of their policy that I want to pull out. It says, What about hateful conduct by an artist? It says: We don't censor content because of an artist's or creator's behavior, but we want our editorial decisions, what we choose to program, to reflect our values. When an artist or creator does something that is especially harmful or hateful (for example, violence against children and sexual violence), it may affect the ways we work with or support that artist or creator. That's a portion of this conduct policy that they changed. That seems well and good, but what is the threshold for when it's determined that someone actually did something? If he hasn't been convicted of a crime, usually you can say, well, this is a criminal conviction. A jury of your peers have found that you did this wrong. This isn't that.

Joan Solsman: Exactly. That's why it's interesting. R. Kelly hasn't had a criminal conviction. He's not charged with anything right now. And there's another artist that they have also said at the same time that they're not going to be promoting. He hasn't been convicted of any crime, either. So, what it does, even though it makes a firm stake in the ground that Spotify is willing to exert this editorial judgment, it muddies the waters about what that judgment is and how they're going to be applying it.

Hari Sreenivasan: And what kind of revenue are we talking about when... I mean, on the one hand, artists always complain that they're getting such little money from royalty. But if you're not somebody who's like R. Kelly and who's still touring, how much does Spotify actually end up helping your music?

Joan Solsman: Spotify is not critical, but it's a crucial element to an artist's livelihood, especially as consumption of music migrates over to streaming rather than getting an itunes download or buying a CD. Touring, of course, is a giant element to how... how artists make money. But that recurring revenue comes from, more often, streaming. And in the case of Spotify, it's the biggest streaming subscription service. And its subscriptions pay a lot better than if you were to stream an R. Kelly song on YouTube and just watch the video, watch the video, but listen to the song. That pays a lot less than what you would get paid as an artist if a subscriber listens to your music.

Hari Sreenivasan: There's a long list of artists whose behavior we have either tolerated or set aside to enjoy their music, right? So, what is the... kind of how far back do they go? Is Spotify willing to put all of these different artists and all of that music off of their playlists if that's the step that they're willing to take?

Joan Solsman: These popular playlists, they can make and break artists. And so, if spotify is going to use conduct as a decision-making tool in whether or not they want to promote an artist, then it raises questions about will the artists that become huge be different? Will we have different art because of these decisions?

Hari Sreenivasan: All right. These are all important questions. Joan Solsman from Cnet, thanks so much for joining us.