JUDY WOODRUFF: Birth rates in the USA have dropped to their lowest annual levels in three decades, falling for nearly every group of women, and part of a longer decline that dates back to the Great Recession. Amna Nawaz looks at some of the reasons why this may be happening.

AMNA NAWAZ: More than 3.8 million babies were born in the United States last year. But last year's drop in the nation's birth rate, about 2 percent overall, was the largest drop in a single year since 2010. The rate even fell slightly for women in their 30s. And the teen birth rate continued its dramatic nosedive since the early '90s, down 55 percent since 2007. Last year, the only group to see a higher birth rate was women in their 40s. All this amid some concerns about America's aging population. Hans-Peter Kohler, who studies fertility and birth rates in this country and many others at the University of Pennsylvania, joins me now. Dr. Kohler, thank you so much for making the time. Let me ask you about these numbers now, the lowest number of recorded births in 30 years, the largest single drop since 2010. It paints a pretty grim picture. Is it? 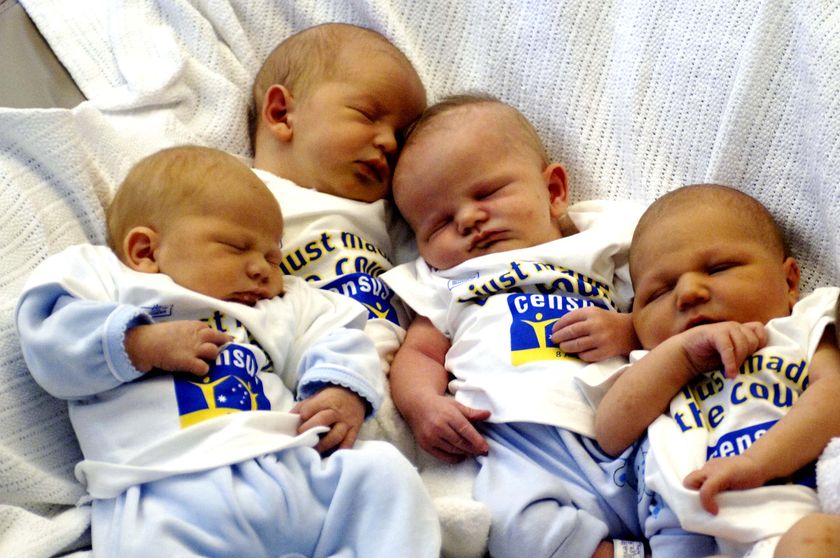 DR.HANS-PETER KOHLER, University of Pennsylvania: So, this report is big news, and, on the other hand, not all that surprising. So, the U.S. stood out among high-income countries as one that had relatively high fertility. And the Great Recession changed that, and across many high-income countries, the recession resulted in declining fertility rates. The really surprising part is that we have now been quite some years through the recession, and unemployment rate is very low, and that trend hasn't changed. So these low fertility rates, despite relatively good economic conditions, are really surprising. I wouldn't argue that they're a disaster or particularly worrisome. I would argue that the U.S. demographics in general continue to be relatively healthy, at least compared to many other high-income countries.

AMNA NAWAZ: So, let's talk about the economic anxiety part of this. So obviously, a lot of people point toward that as a theory why the birth rate declines. But, as you mentioned, we're out of a recession now. So, how do you look at these numbers? How do you explain this decline?

DR.HANS-PETER KOHLER: So, presumably, a big part is driven by a delay of childbearing. So, there have been big declines in teenage fertility rates, and that is good news, because that presumably indicates a big decline in unintended or mistimed pregnancies. And across adult ages, that's presumably a delay of childbearing resulting from, on one hand, a desire to have children at later ages, often perhaps pressured by economic stress in early adulthood, or high housing prices, or desires to actually invest in child quality. And so these trends combine into a pattern where fertility and parenthood is going to be increasingly later. That's going to be across the board. And the U.S. shares this across many high-income countries.

AMNA NAWAZ: A lot of people sometimes float a theory about immigration playing a role in birth rates increasing or declining. Tell me about that.

DR.HANS-PETER KOHLER: I don't immigration has a big factor in this story. So, immigrant fertility adjusts relatively quickly to the U.S. native fertility. And I don't think changes in immigration policy, immigration flows had a big contribution to these recent declines in total fertility rates.

AMNA NAWAZ: So, Dr. Kohler, tell me why we care so much about birth rate. Obviously, people will pay attention to these numbers. They will note these declines. But what do the numbers say about the health or trajectory of America right now?

DR.HANS-PETER KOHLER: Many would see the number of children as an indicator of the well-being of the adult population, from the notion that individuals who are satisfied with their life and have relatively good economic prospects are more likely to have children. The other reason we care about this is that children born today are obviously the workers 25 years down the road and are retirees some 60, 70 years down the road. And so the number of birth is going to shape the overall size and structure of the U.S. population, and that has a magnitude of implications on both the economic situation and social situation of the United States. So, in the long term, if this trend persists, they're going to have profound implications. And the annual number of birth probably has relatively small implications.

AMNA NAWAZ: So, Dr. Kohler, you mentioned these numbers aren't terribly surprising to you. They're also not terribly worrisome right now. At what point do you start to get worried?

DR.HANS-PETER KOHLER: Well, if we compare the U.S. to other high-income countries, we could see that fertility could drop a lot lower. So, total fertility rates dropped to rates like 1.2 in many Southern European countries. They're at these levels in South Korea, and were at somewhat higher levels in Japan. So, on one hand, there's quite a bit of possibility for further decline, further declines in fertility. And once we get to very low fertility, or what I have called lowest low fertility, at some point, then the kind of implications of rapidly aging populations and possibly declining labor force become very difficult to manage through social policies.

AMNA NAWAZ: Dr. Hans-Peter Kohler at the University of Pennsylvania, thank you for your time.

DR.HANS-PETER KOHLER: You're most welcome.