The president of the Philippines, Rodrigo Duterte, has made people angry. He said he would resign if anyone can prove that God exists. President Duterte has a history of upsetting people with his religious beliefs. He recently made many people in his largely Roman Catholic country angry by calling God stupid. On Friday, he questioned the principles of the Roman Catholic Church. In particular, he challenged what the Church says about sin. He asked why sin can only be removed from children by paying money to the Church. He said: "Where is the logic of God there?" The 73-year-old leader said that he wanted "one single witness" who has a picture or a selfie that a human was "able to talk to and see God". 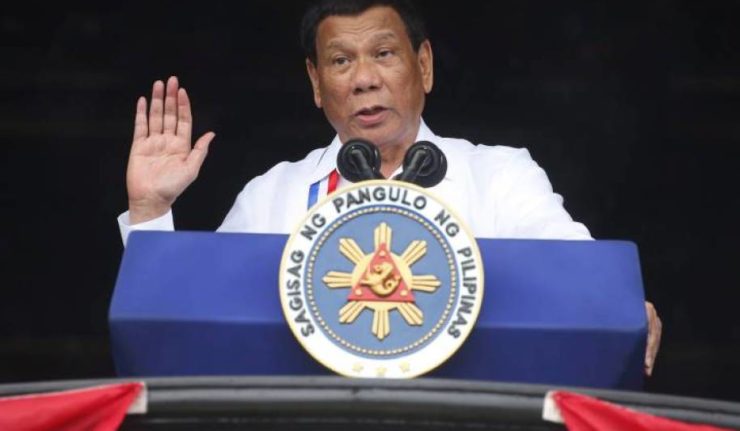 Opponents of the president hit back at him by calling him "one evil man". Senator Antonio Trillanes said the president's comments showed that Mr Duterte lied, had no heart and was a ruthless leader. Despite his comments, President Duterte said he did believe in God. He said: "There is a universal mind somewhere which controls the universe." Duterte is very popular in the Philippines for his policies on drugs and crime. He has spent the past few years fighting a war on drugs in which hundreds of people have been killed. He also appeared at an event in which customs officials crushed illegally imported luxury cars. He has agreed to meet religious leaders at a meeting on Monday to ease tensions.