Astronauts and cosmonauts on the International Space Station (ISS) have fixed a hole in the shell of its outer wall. The ISS is a large satellite in space that scientists live in to do scientific experiments. The first part of it was put into space in 1998. Last week, NASA alerted astronauts on the ISS that the station was slowly leaking air. Astronaut Alexander Gerst and five other astronauts started looking for the leak. Mr Gerst eventually found it and quickly used a simple and effective way of stopping the leak - he put his finger over the hole. Luckily, the hole was only two millimeters wide so it was not a major emergency, but it did need fixing. 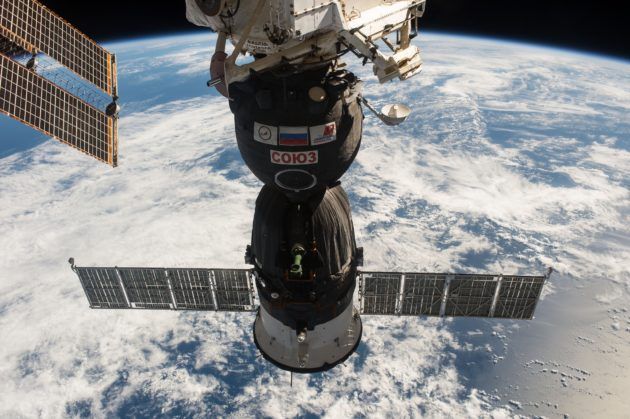 The hole was in a docked Russian Soyuz MS-09 spacecraft. NASA said it could have been caused by a small piece of space junk or a small meteorite colliding with the spacecraft. The ISS travels at speeds of around 28,000 kph. Even a tiny object hitting it can cause a lot of damage. Flight controllers in the USA and Russia worked together with the crew to fix the hole. The Soyuz commander, Sergey Prokopyev, used a heat-resistant "space tape" and a special glue to plug the hole. These are part of a "necessary space repair kit". A NASA official said the crew on the ISS are safe after the repair. He said: "The crew are healthy and safe with weeks of air left in the International Space Station reserves."