AMNA NAWAZ: Now another episode of our series Brief But Spectacular. Phil Kaye is a Japanese-American poet and filmmaker. He's also co-director of Project Voice, an organization that partners with schools to bring poetry to the classroom. The title of this poem is Surplus. 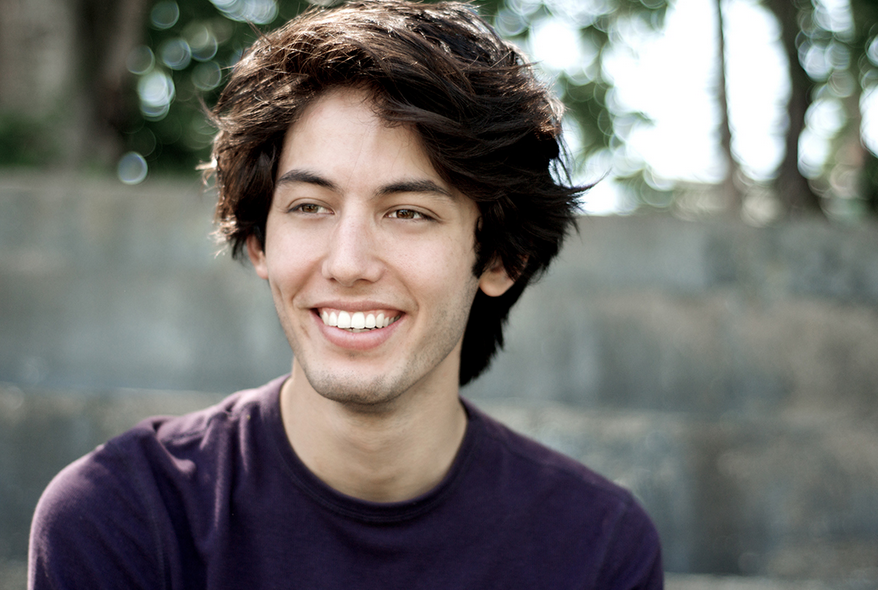 PHIL KAYE, Poet: My grandfather was not a strong man, but he knew what it meant to build. In 1947, after he and my great uncles returned from the Second World War, they opened up Union War Surplus Store. The store slogan, From a battleship to a hunting knife, we have it, or we will get it. My grandfather was not a strong man, but he kept this word. The place was half store, half encyclopedia, packed all the way to the basement with people that somebody somewhere else might forget about, but not here, like Richard, Richard, who didn't work there, but showed up every Sunday afternoon in his full military uniform, never once bought a single thing, but once brought his little girl, held her hand, said, This is what it smelled like when daddy was a hero. My grandfather wasn't a strong man, but he kept us safe. We walked together in the park one night. And a jagged man with more tattoo than skin walked up directly to my grandfather, said: Hey, old man. My mom took me your store once when I was a kid, and you shook my hand like I was a man. I still remember that. They called my grandfather Cheerful Al, with his big belly, bald head, long gray beard. Little kids would see him and go Santa Claus. Six years after Union War Surplus Store opened its doors, my grandfather had a son, my dad. He is not a strong man, but he knows what it means to build. One summer, when he was a teenager, he built a door in the back. It's still there. Forty years after Union War Surplus Store opened its doors, my father had a son. I'm not a strong boy, but I'm trying to learn what it means to build. One summer, when I was a teenager, I worked at the store, built this display that went all the way up to the ceiling. Ran up to my grandfather, showed him what I had done. Very good, Phil. Very good. When I asked him what to do next, he handed me an old piece of paper, a beat-up pen. When I asked him what to do with it, he shrugged his shoulders and laughed. And I began to build the only way I know how. I wrote this when my grandfather passed away. I think traditional masculinity can be somewhat of a trap. And so to have my grandfather, who wasn't particularly strong or tough, or even cool, be kind of the pillar of his community in these ways was really inspiring and important to me to see as a model. The thing that makes me happiest after this piece is when people say, my grandparent is still around, and I'm gonna call him. My name is Phil Kaye. And this was my Brief But Spectacular take on my grandfather, Cheerful Al.

AMNA NAWAZ: You can watch more in our Brief But Spectacular series at PBS.org/NewsHour/Brief.