Amna Nawaz: Let's end this week with a little inspiration: the unlikely story of Robert Finley. In just over three years, the 64-year-old blues guitarist and singer went from working as a carpenter to performing across the country, including a recent show at Washington, D.C.'s Anthem theater, where we caught up with him. William Brangham and producer Frank Carlson bring us his remarkable story. Let's have a listen.

Robert Finley: I'm a 64-year-old great-grandfather, and I'm just getting ready to rock. My name is Robert Finley. I'm from Bernice, Louisiana. I was born and raised in a little town called Winnsboro. I'm a sharecropper's son. I guess you could say we're one of those sharecroppers that really never got their share. Started playing music. I had an interest in it all my life since I was old enough to remember. I played in the military. I happened to be the leader of the Army band when I was in Germany. But when I started to try to do the civilian band, they were not as dependable. It's always the drummer is late or the bass man can't make it and stuff like this. That got frustrating to me. And it couldn't keep me busy enough to make a decent living. 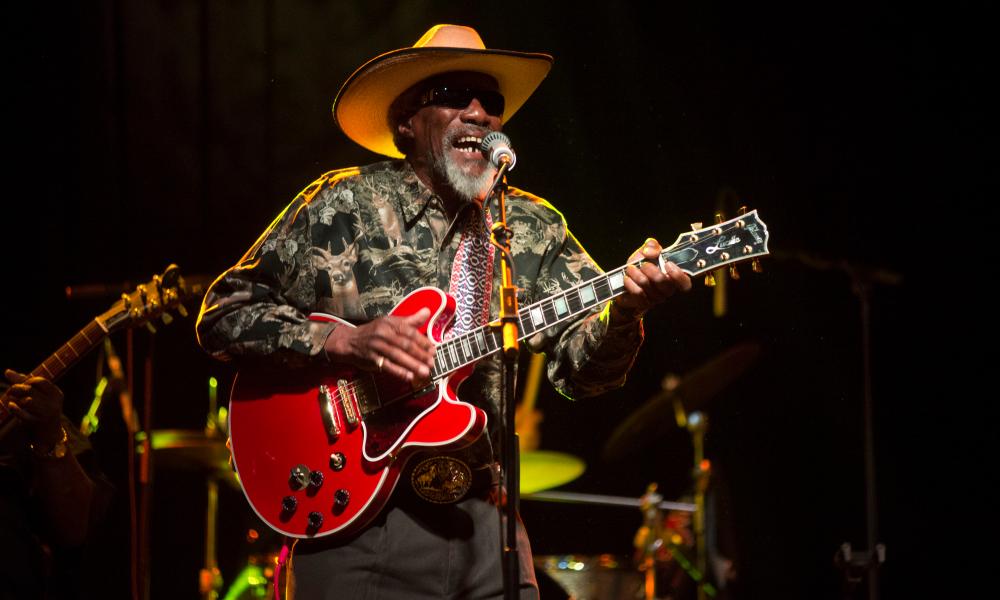 William Brangham: In the mid 1970s, Finley stepped away from music. He became a carpenter, like his father, but then, in 2015, he began to lose his sight.

Robert Finley: I got to where I couldn't see well enough to make accurate cuts. And, at the price of lumber, you can't afford to keep making miscuts. So I was forced into retirement because of my sight on the carpentry. And I just went back to my music.

William Brangham: That same year, in 2015, Finley was discovered playing on the streets of Helena, Arkansas. Before he knew it, he was recording with Dan Auerbach of the Black Keys and opening for the biggest names in music.

Robert Finley: I'm going from, how do you say, from the sidewalk to Broadway stages in less than three years. It's a whole lot different crawling up on a stage than crawling up on top of a house, I will tell you that.

William Brangham: Finley's second studio album, "Goin' Platinum!," is now out. And you can catch him live around the country. For the "PBS NewsHour," I'm William Brangham.

Amna Nawaz: That is a great way to start the weekend. And that is the NewsHour for tonight.