The passport of the United Arab Emirates (UAE) has risen to the top spot on the list of the world's most powerful passports. This is according to the Passport Index - an online service that provides insights on passports and required visas. UAE passport holders now enjoy the greatest freedom of movement globally of any nationality in the world. The Passport Index shows that UAE passport holders can travel visa-free to 167 countries and require an entry visa from 31 countries. The second most powerful passports are the Singaporean and German passports. The USA passport is ranked at number four. Holders of the Afghanistan passport have the least freedom of movement. 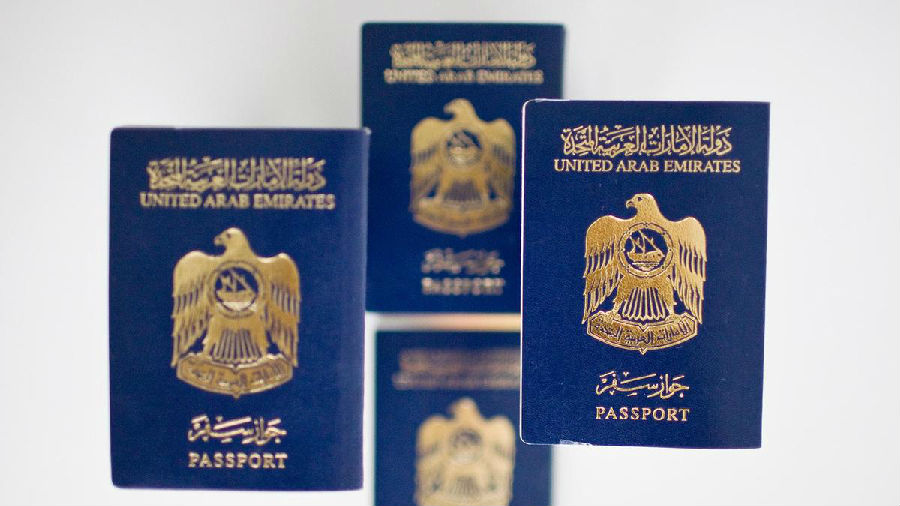 The UAE passport achieved the number-one position on the eve of the country's 47th National Day celebrations. The Prime Minister of the UAE and Ruler of Dubai, His Highness Sheikh Mohammad Bin Rashid Al Maktoum, expressed his pride in his country's achievement in a tweet. He wrote: "A big 'thank you' goes to the working teams for their great efforts to strengthen the UAE's status, enhance its reputation, and facilitate procedures for Emirati citizens. Congratulations to the UAE leadership and people for this worthy achievement." A Passport Index spokesman said: "The Emirati passport has witnessed unprecedented progress globally in the past few years, reflecting the international stature of the country."